Unrest, high levels of violence and volatile political atmosphere can make travelling to certain places dangerous. Recently, some Canadian tourists in Mexico‘s Sinaloa state were barricaded in their hotels for several days after the arrest of a major alleged drug cartel leader led to violence in the region.

To avoid such situations, the Canadian government has released a list of travel advisories for countries like Mexico, Jamaica and Peru to help travellers make informed decisions even if they find themselves stuck in similar positions.

“The safety of Canadians abroad is a top priority for the Government of Canada,” Marilyne Guèvremont, spokesperson at Global Affairs Canada (GAC), told Global News.

Last week, Canadians in Mexico were told to limit their movements and shelter in place after violence broke out in the country’s northwest.

The government advised Canadians to “exercise a high degree of caution” due to added levels of criminal activity and kidnapping in the region.

Widespread violence and security operations have been taking place in Sinaloa State, particularly in Culiacán, Mazatlan, Los Mochis and Guasave since Ovidio Guzman, a son of jailed Cartel boss Joaquin “El Chapo” Guzman, was arrested in a pre-dawn raid on Jan. 5. The Canadian government has cautioned against burning cars, exchanges of fire and threats to essential infrastructure, including airports, in its advisory.

As anti-LGBTQ2 hate grows in Canada, advocates say it’s ‘never been as scary’

On Jan. 6, two airports in Sinaloa state that were closed after flights were grounded and tourists stranded, restarted operations, but Canadians have still been advised to avoid travel to the region if possible.

Transport Canada has cautioned that “several flights” from Sunwing, Swoop and WestJet may still be affected by the unrest.

Guèvremont said Global Affairs “is aware of Canadians affected by these events and is providing consular services.”

The local government in Sinaloa has urged people to stay indoors and said schools and administrative offices would remain closed due to the violence. Americans have also been advised not to travel to the region by the U.S. State Department. 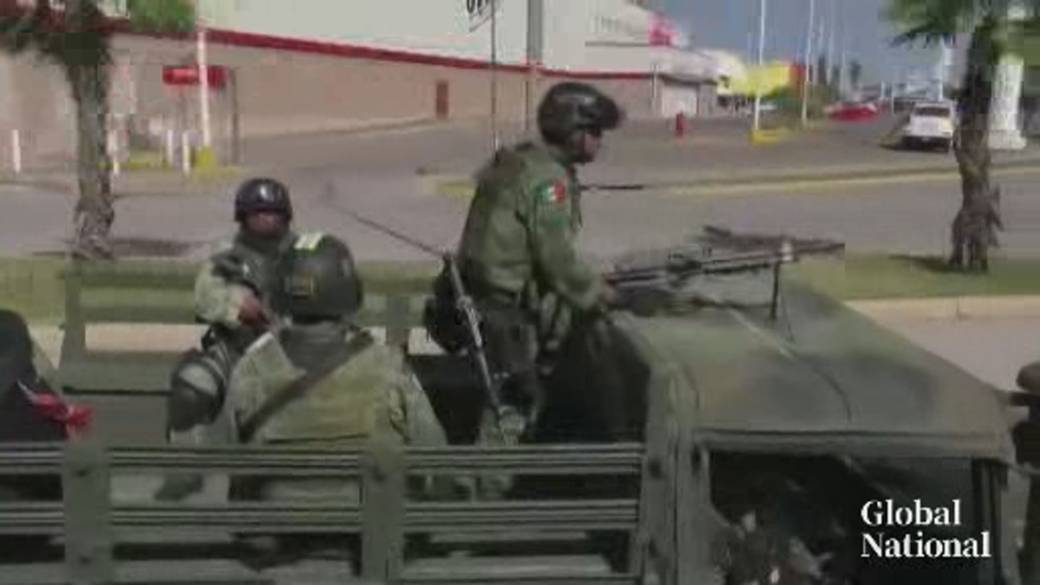 
Some of the regions in Mexico that Canadians have been advised to avoid non-essential visit to, include: 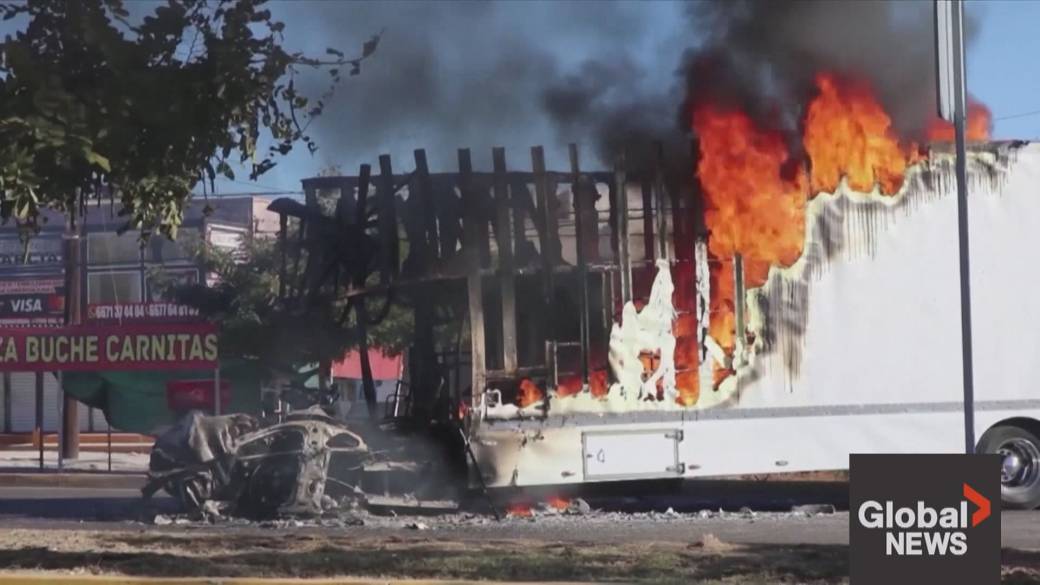 3:32Canadian travellers deal with confusion amid violence in Mexico


Canada has also advised Canadians travelling to Jamaica to exercise a high degree of caution due to increased levels of violent crime.

The Jamaican government reinstated a state of emergency in certain parishes of the country on Dec. 28, 2022, due to violence and gang-related crime. The parishes include:

The state of emergency will be in effect until Jan. 11. The measure was first declared in early December by Jamaica’s prime minister to fight a surge in gang violence on an island with one of the highest murder rates in the country.

Trudeau speaks with Zelenskyy from Jamaica, appears to back Ukraine ‘peace formula’

With vehicle theft rising in Canada, what are automakers doing to beef up security?

The state of emergency is meant to allow authorities to arrest people and search buildings without a warrant. This has drawn heavy criticism from political opponents and activists who have warned against a repeat of police abuse and mass detentions that happened under previous states of emergency in Jamaica.

Canadians travelling to affected areas may be subject to searches by security forces, according to Canada’s travel advisory, so the recommendation from the government is to always cooperate, carry valid IDs and follow instructions of local authorities.

Due to likely social conflicts and strikes across the country, “a high degree of caution” must also be exercised when travelling to Peru, the Canadian government says.

Peru has been under a national crisis marked by deadly unrest after lawmakers ousted President Pedro Castillo. Dina Boluarte took over from the ousted leader to become Peru’s first female president.

Peru unrest: Country’s dark past surfaces as young protester is laid to rest

The death toll from the unrest rose to 26 by the end of December after security forces fired tear gas and dispersed thousands of wildcat miners who cut off the Pan-American Highway at two vital chokepoints for more than a week. As a result, truckers were forced to dump spoiled food and fish bound for market. Hundreds have been injured.

Protesters blocked streets in Peru’s capital and many rural communities, demanding Castillo’s freedom, Boluarte’s resignation and the immediate scheduling of general elections to pick a new president and replace all members of Congress.

A 30-day nationwide state of emergency is in place in Peru until Jan. 13. 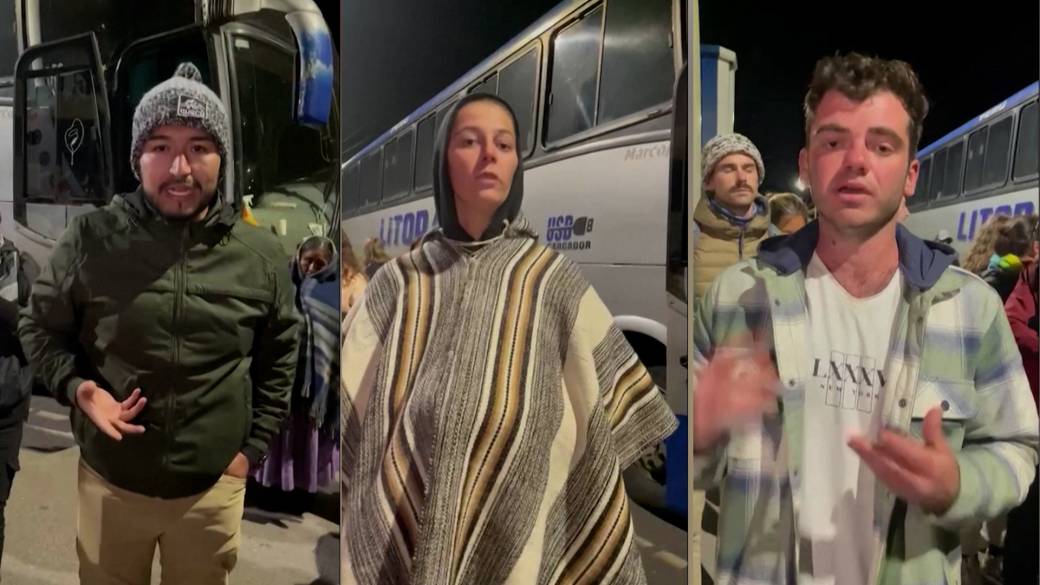 1:24‘We need help’: Dozens of tourists stranded in remote mountain town in Cusco amid Peru protests


Given the current political situation, Canadians are being advised to avoid all non-essential travel to regions including:

Some other regions have also been cautioned against due to instances of domestic terrorism and criminal activity, including:

Travellers are being urged to avoid any non-essential travel to areas within 20 kilometres of the border with Colombia due to drug trafficking and occasional incursions by armed guerrilla forces from Columbia into Peru. 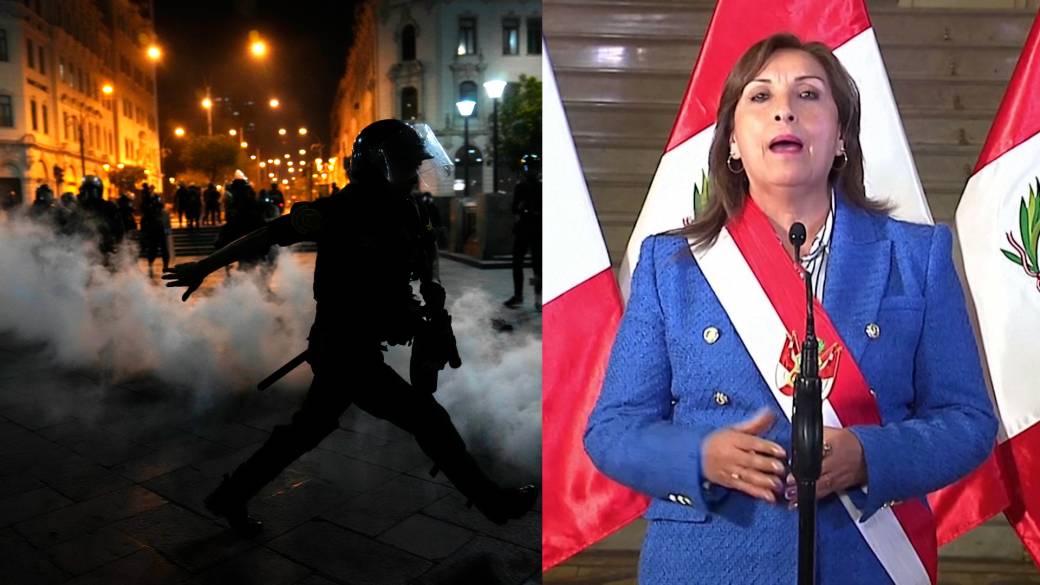 2:122 dead in Peru protests as president Boluarte calls for elections in 2024


Additionally, avoiding non-essential travel to areas within 20 kilometres of the border with Ecuador, especially in the Cordillera de Cóndor region, has been advised due to the safety threats posed by landmines.

Stuck in Mexico, Jamaica or Peru?

Avoid areas where demonstrations and large gatherings are taking place and do not attempt to cross road blockades, even if they appear unattended, says Global Affairs Canada.

Canadians should also allow extra time to reach destinations and expect an increased presence of security forces in affected regions, according to Guèvremont.

Monitoring local media and following the instructions of local authorities is also advised to help navigate through the situation.

So far, CCA South Central Ontario (SCO) “has been reaching out to members who are currently in (Mexico) to offer help if needed,” Susan Postma, regional VP and travel spokesperson for the agency told Global News in an email.

“The decision to travel is a personal choice, and travellers should always refer to the latest information and guidance from Global Affairs Canada when deciding to travel,” Postma said.

“Travel insurance can cover things like cancelled flights, lost baggage, medical expenses and more. However, not all travel insurance is created equal, so we encourage our members to ask questions to make sure they are fully covered for all emergencies,” Dacey said.

— With files from Global News’ Sean Boynton & The Associated Press