Memorial held for man named in police interaction death in Burnaby, B.C. – BC

Around two dozen community members gathered Saturday at Kensington Park in Burnaby, B.C., for a memorial.

The memorial was for Calvin “Bear” Goertzen, according to those at the ceremony.

Community members have identified Goertzen as the person who was killed during a police interaction on Dec. 16 outside of a nearby Starbucks on Hastings Sreet.

The memorial ceremony was organized by local resident Harinder Parmar. Parmar said she had a friendly relationship with Goertzen.

“I started to get to know Calvin as I come to the plaza regularly and he would sit outside the Shoppers Drug Market,” Parmar said.

“One day he was sobbing and was quite upset because his stuff was taken, and he spent all night outside in a shirt and shorts. Over time he became a friend, he connected with my kids and we would bring him meals.”

The last time Parmar saw Goertzen, she said he gave her and her family a thank-you card — thanking the family for all the support they had given him.

An Indigenous drum circle and songs echoed in the park Saturday, as community members mourned the loss of a friend.

“I was doing some harm-reduction outreach at the park, and when on my patrol I met Calvin, or how I knew him — Bear,”  said Sean Macphail, a front-line support worker.

“Once you met him, you quickly realize you have met the kindest person you’ll ever meet.”

Macphail continued, “we built a relationship built on trust, and eventually, with connections in the community, we were able to give him some of the resources he needed.”

“We all got to know him really well. What he means to me is… he was one of the first people I worked with in my outreach work. The reason why he’s called Bear is that he’s so big, but I believe he had to be that big because of the size of his heart.”

Macphail said while many people who are experiencing homelessness can often be invisible to the surrounding community — Calvin, or Bear as his friends called him, was not invisible to him.

BC RCMP officials did report a death during a “police encounter” at a Burnaby shopping plaza centre on Dec. 16, 2022.

They said an “overdosing” man was reportedly in a “physical altercation” with an employee and paramedics called Mounties for assistance.

“When the man was being apprehended, he began to show signs of medical distress,” Staff Sgt. Kris Clark said back in December. “He was pronounced dead at the scene.”

According to the Independent Investigations Office, the man went into medical distress after officers arrived, and “an interaction occurred.”

The watchdog will investigate whether police action or inaction contributed to the man’s death. 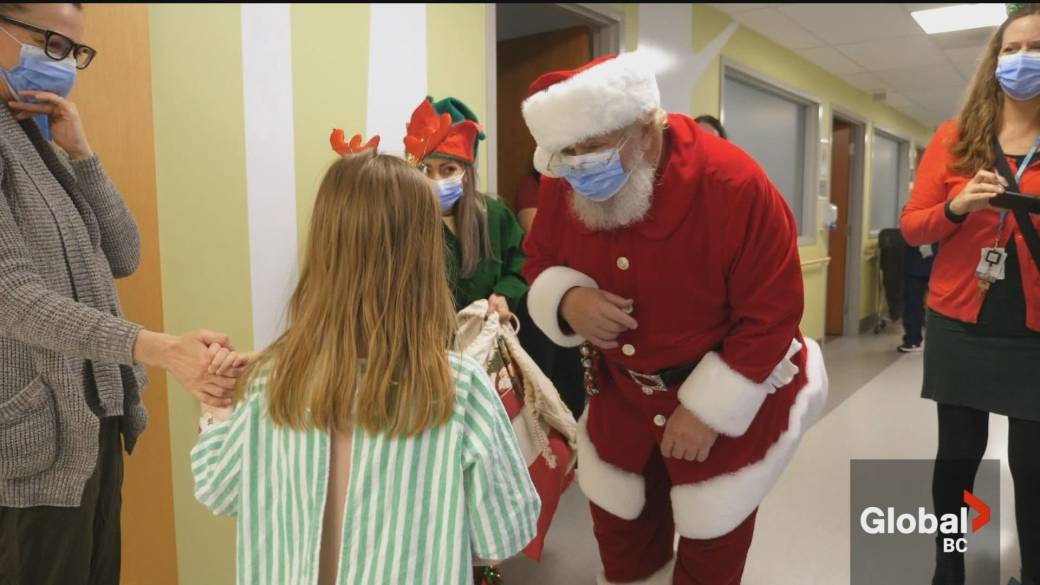 1:08Santa brings toys by helicopter to children at B.C. hospitals

Federal officials and First Nations leaders announced they will be closing fisheries and establishing a marine refuge along the Central Coast of...