NZD/USD bears taking a bite out of bullish structure

NZD/USD has been chipping away at the downside in Asia, sliding to a fresh session low at the time of writing, down 0.35% on the day so far after dropping from a high of 0.6365. The US Dollar has been struggling to break higher which had been giving the commodity complex some room to breathe but the tables are turning.

The greenback came under pressure in recent weeks as investors expect a pivot from the Federal Reserve sooner than later. This had been supporting the Kiwi. However, a combination of a poor start on Wall Street on Monday and dismal domestic data is impacting the currency at the start of this week.

New Zealand Business confidence has plummeted to a fresh record low in December, down 13 points to -70. Expected own activity fell from -14 to -26. Analysts at ANZ Bank said that the ”Reserve Bank of New Zealand appears to have achieved shock value with its sharp increase in the OCR, hawkish forecasts, and warning of deliberate recession in 2023. Many indicators are around Global Financial Crisis (GFC) lows. Inflation pressures remain intense. Wage expectations jumped.”

Meanwhile, high beta currencies, such as NZD, were pressured on the back of US stocks closing sharply lower to extend their three-day losing streak on Monday and Treasury yields advanced. Given the time of year, there will be few catalysts to dissuade risk-off sentiment in the low-volume, the pre-holiday week which could lead to further downside in what appears to be a fresh bearish cycle given the recent break of trendline support as the following illustrates.

As per the earlier analysis, NZD/USD Price Analysis: Bears attempt to take control at a key support structure at 0.6340, the bird is making headway to the downside.

It was stated that the bears would not in the clear until a change of structure in the 4-hour time frame and this required a break of 0.6340: 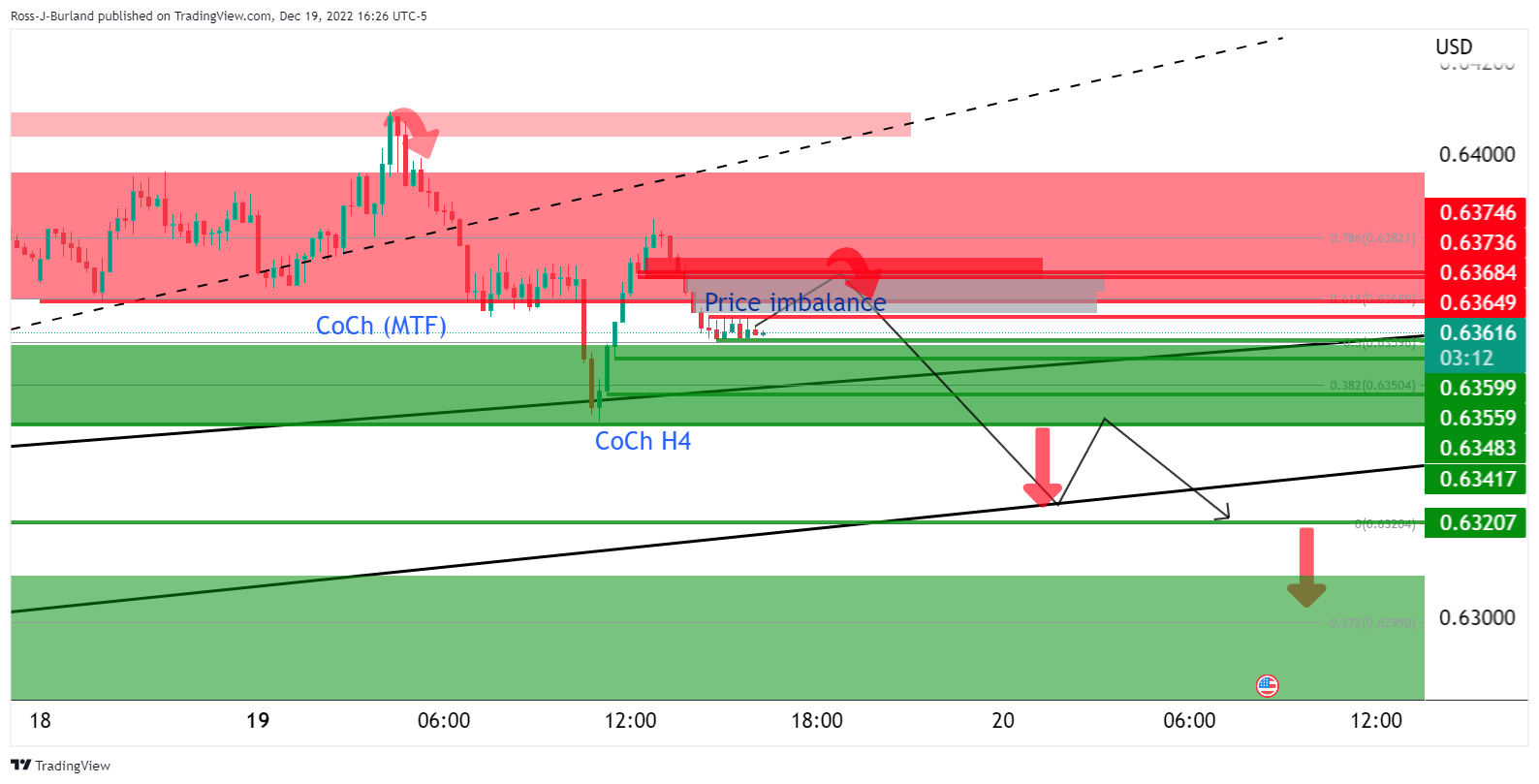 The prior analysis above illustrated the market structure in more detail. 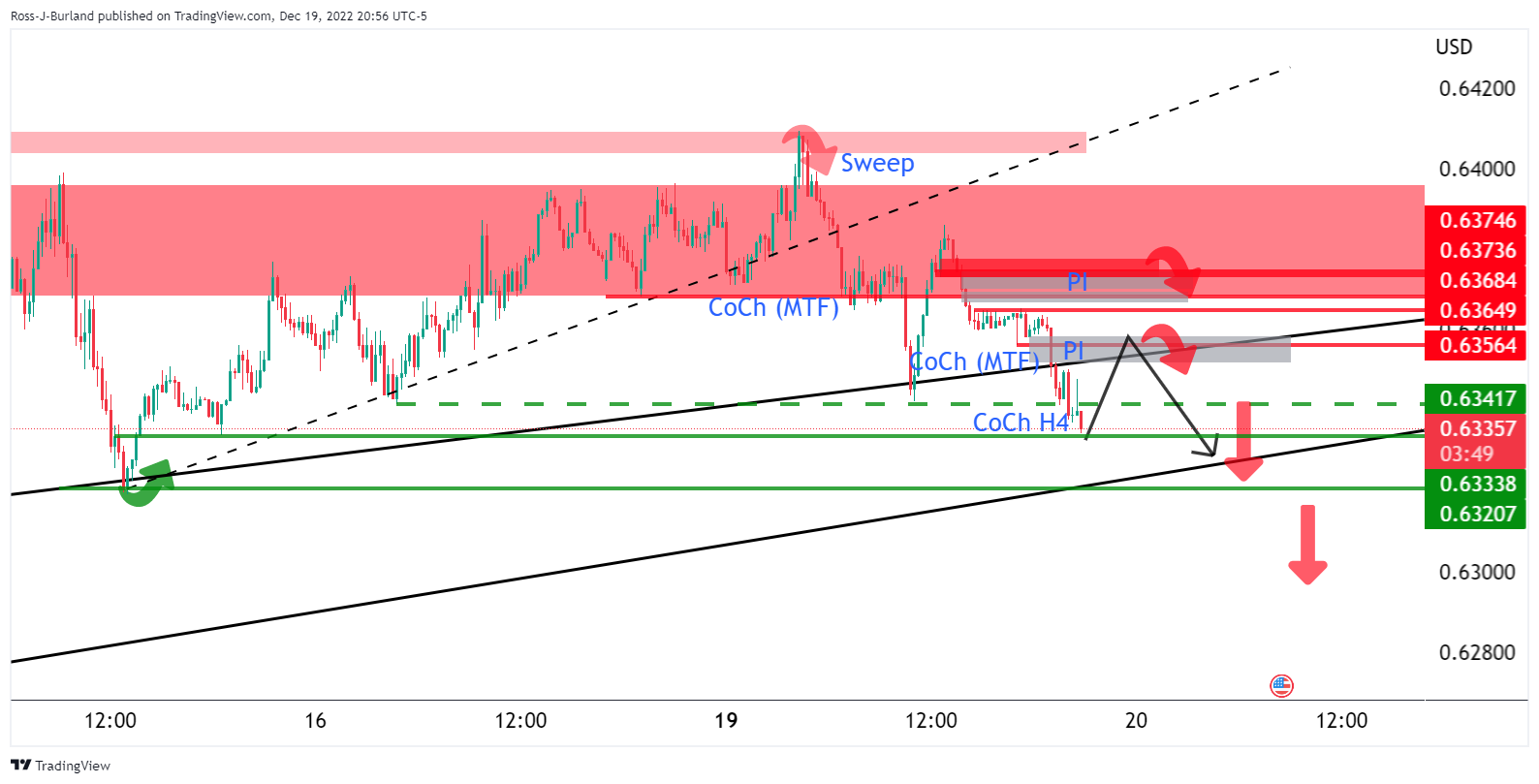 The price is taking out the trendline support and the horizontal 0.6340 level while printing fresh lows within this bearish schematic. However, should the bulls move in now, then there will be prospects of a restest of prior structures namely where the price imbalances are situated around 0.6355  and 0.6375 above. If either of these structures were to hold, the bias will remains to the downside for a run to test 0.6320.