The new president of Canada’s largest private-sector union is looking to pave a new path heading into 2023 after a year filled with economic uncertainty and worker strikes, all on top of a months-long scandal that shook members’ trust.

“I have a lot to offer in terms of the direction that I think the union needs to go in,” Lana Payne said at a sit-down interview in her new Toronto office, sparsely decorated as she adjusts to her new role.

As Unifor – which was created in 2013 from the combination of the Canadian Auto Workers union and Communications, Energy and Paperworkers Union of Canada – approaches its 10-year anniversary, Payne believes it is entering a new era.

“I want it to be the strongest and most progressive union in the country,” she said. “That’s what I want people to think about when they think of Unifor. I don’t want them to think of one person.”

Unifor made headlines earlier this year when high-profile then-president Jerry Dias was accused of accepting a bribe. He stepped down from his post ahead of his planned retirement and a contentious election ensued, with his former assistant competing against Payne and another contender – the first contested election since Dias was elected at Unifor’s founding.

Payne, who took the helm in August, has her work cut out for her.

Since winning the election, she has spoken about Unifor turning a new page, but must grapple with what that might look like for a union that’s only ever had one president – one whose name was often synonymous with the union itself.

Payne said she’s been putting in work to improve the union’s structure by expanding the leadership circle, renewing the union’s focus on equity and trying to prevent silos in the organization.

“Change is something you have to work at every single day,” she said. “You have to constantly be pushing out the things that you believe are necessary for the union to change.” 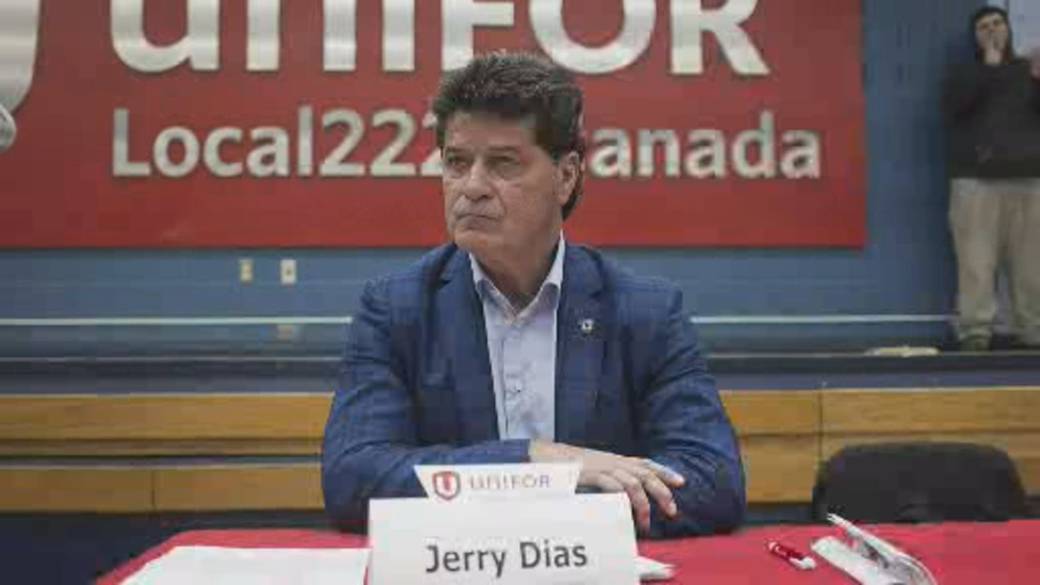 
While 2022 was a tumultuous year for Unifor, it’s also been tough on workers, with soaring inflation and rising interest rates reducing their spending power and a variety of labour disputes in multiple sectors.

The tight labour market has meant workers have more bargaining power with employers, Payne said, and with decades-high inflation, unions have been asking for more at the bargaining table.

Unifor saw 31 strikes during its bargaining efforts this year. That’s a record, up from a previous record of 21 set last year. Payne expects this increased turbulence to continue in 2023.

“Workers have high expectations right now. And they feel a sense of power, which is good and important,” said Payne. “It’s a long time coming, don’t you think?”

Unifor is targeting its efforts particularly at the lowest rungs on workplace ladders. As an example, Payne detailed a recent agreement with Suncor Energy Inc. to turn 300 temporary positions into permanent jobs by the end of 2024.

Talk of a recession next year worries Payne, but she thinks the tight labour market would make it different from previous downturns, as employers are still struggling to fill key positions and may be resistant to widespread layoffs.

While a recession could take the edge off workers’ bargaining power, she is determined not to lose momentum. 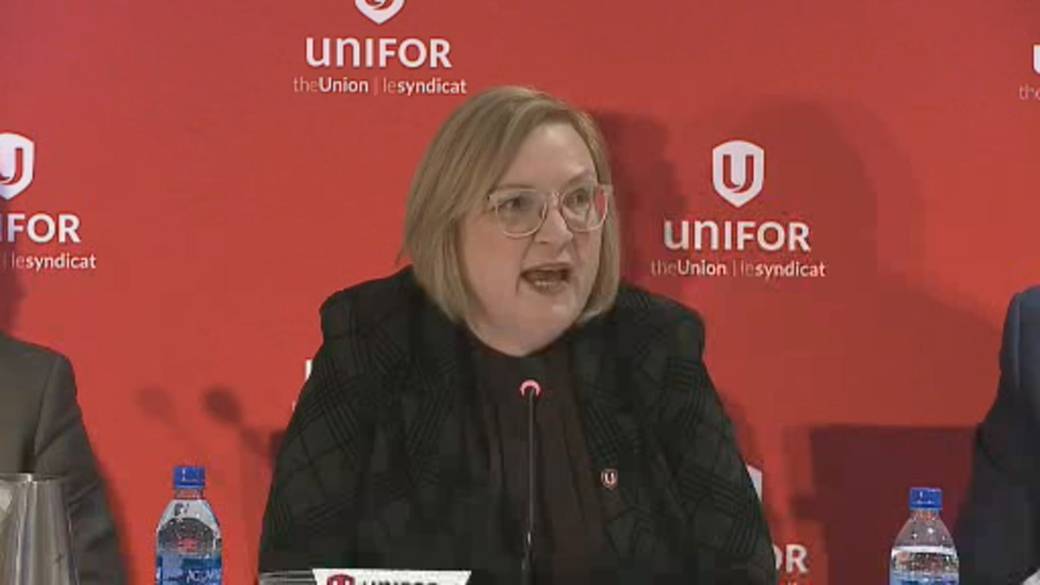 0:38Unifor secretary-treasurer says she hopes Jerry Dias is ‘getting the medical treatment that he feels that he needs’


Payne is also focused on key sectors going through transitions, such as media, energy and the automotive industry, where she’s keeping a keen eye on Canada’s investments in electric vehicles.

She said Unifor wants to ensure that workers in the traditional auto sector who are at risk during the transition have the opportunity to receive skills training.

Though different from her predecessor in many ways, Payne hasn’t shied away from speaking out on political issues – something Dias was also known for. 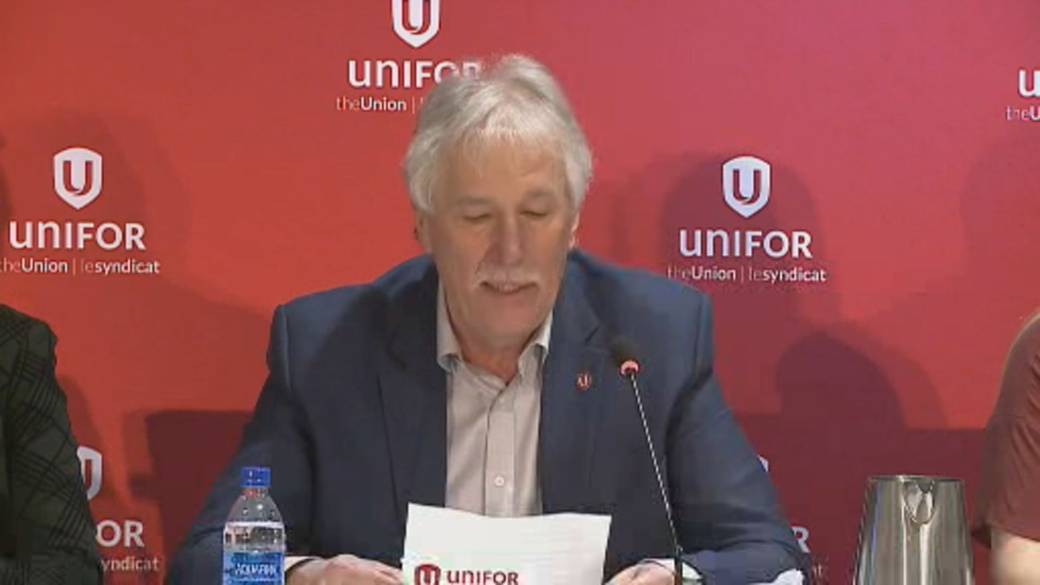 
She’s been vocal in her criticism of the Bank of Canada’s tactic to curb inflation. She thinks the interest rate increases in its mandate ignore the geopolitical factors affecting inflation, which are outside the central bank’s control.

“Why are we using the 1970s approach to trying to solve the problems that we’re seeing today?” she asked. “Why are workers having to pay the price?”

Along with other economists, the Bank of Canada has expressed concern that rising wages could help entrench high inflation, though wages are not rising at the same rate as prices.

When education workers with the Canadian Union of Public Employees went on strike this fall, they were further galvanized by the Ontario government’s attempt to make the strike illegal. Private- and public-sector unions from across the country, Unifor included, banded together to oppose the law, and talk of a historic general strike was in the air.

In the end, the government repealed the bill.

Payne said the unions knew that if the Ontario government’s use of the notwithstanding clause to end the strike was allowed to stand, it would have set a dangerous precedent.

“There was no losing this one,” she said.

Instead, another precedent has been set.

“The message is that collective bargaining rights and trade union freedoms cannot be taken away from us and we’re not going to stand by and allow it to happen,” Payne said.

The moment was a reminder of something that had perhaps been forgotten, she said: not only are workers stronger together, so are unions.

“We can build solidarity, we can be a different kind of movement,” she said.

Not long after, the courts struck down Bill 124, another Ontario law that had restricted public-sector wages.

The legal challenges facing workers are still on Payne’s mind heading into 2023. She wants to see Employment Insurance improved and provinces’ labour laws modernized, with her eye on sector-wide bargaining as a potential opportunity for workers in sectors like retail that are more difficult to organize.

“We haven’t seen significant change in labour legislation except to go backwards in a very long time,” she said.

Vernon, B.C. has a new Good Citizen of the Year.Centenarian Helen Sidney was surprised with the honour this week at...

John de Ruiter, the self-appointed leader of an Edmonton-based spiritual group, was granted bail Friday after being charged earlier this...