Will Canadian airports change carry on liquid limits amid U.K. plans? What we know – National

Every day in airports across the country, Canadians feel the sting of strict security rules.

Shampoo bottles and refreshing beverages are banished to a bin. Carefully folded clothing is chaotically unfurled to peel a forgotten laptop from the bottom of a bag.

But as U.K. airports aim to ditch restrictions on liquids and laptops in carry-on bags within the next two years, according to an announcement from its government last week, could change be in the air for Canadian travellers as well?

Canada is testing technology that could let passengers keep liquids and large electronics in their carry-on bags as they pass through security at the airport, the Canadian Air Transport Security Authority (CATSA) confirmed to Global News.

“We have been trialling new technology that may allow passengers to keep liquids and large electronics in their carry-on bags. Purchasing this equipment in Canada requires a competitive process that we plan to undertake shortly,” said a spokesperson for CATSA.

The testing comes as the U.K. says new technology will allow passengers in the coming years to carry on up to two litres of liquids, aerosols and gels — a massive increase from the current 100-millilitre limit — and keep large electronics nestled in their luggage during security screenings.

Canada is looking at purchasing similar technology soon, a spokesperson for CATSA said.

“Given the number of airports in Canada, any adoption of this technology will need to be phased in over time,” reads the agency’s statement.

But officials are not yet saying whether they are eyeing the same two-litre limit as the U.K.

Global News pressed Transport Canada and CATSA for specifics on how this new technology being trialled could change passengers’ experiences at Canadian airports.

“No decision has been made at this time.” 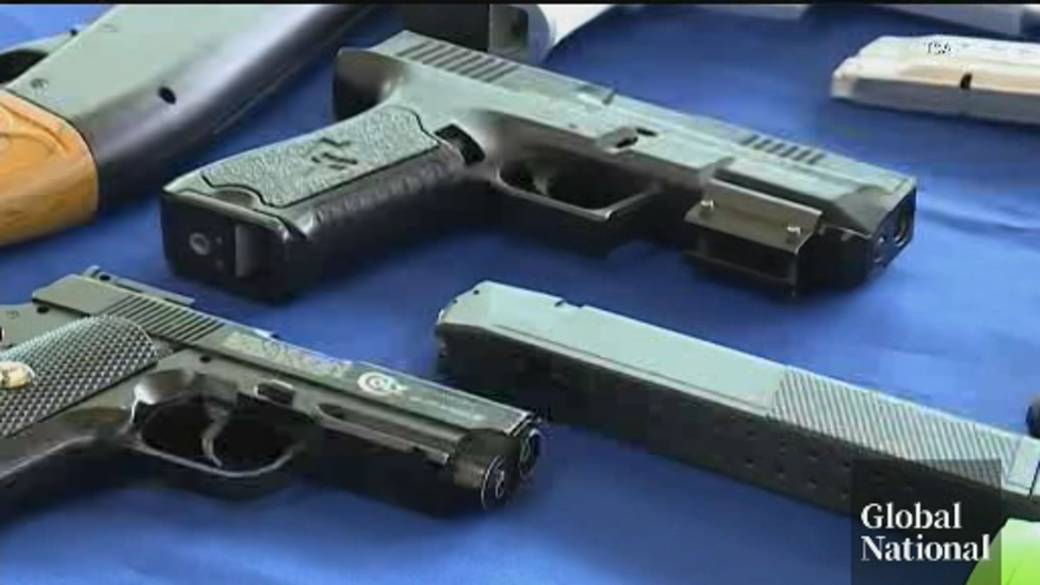 1:55US airport authorities on high alert for guns brought onto planes


However, CATSA 2022’s annual report confirmed that it is CT technology that’s currently being trialled — the same equipment that’s changing the airport security game in the United Kingdom.

The report said this technology would “improve security effectiveness and detection capabilities” at Canadian airports “while also reducing the need for passengers to divest items such as large electronics.”

“To prepare for this major initiative, CATSA will be conducting a trial of a PBS CT X-ray on a CATSA Plus line in spring 2022 and plans to incorporate findings from the trial into the procurement process,” the report said.

While it’s unclear how Transport Canada and CATSA define the “large electronics” that could remain nestled in carry-on luggage as it passes through security, the changes being instated in the United Kingdom can help paint a picture of what’s possible with the new equipment.

As things stand now, Canadians can’t carry on liquids, gels or aerosols in containers over 100 ml. On top of that, those have to be put in a clear, closed and resealable plastic bag no larger than one litre — and you can only carry on one of these liquid bags.

Canadian airports also require laptops to be placed in bins as they pass through X-rays at the security gate.

The equipment is similar to CT scanners used in hospitals and would allow airport staff to zoom in on a bag’s contents, then rotate the image for inspection.

This technology will allow passengers to carry liquids in containers holding up to two litres, the U.K. government said — that’s double the entire liquid allowance that currently exists in the U.K. and Canada. 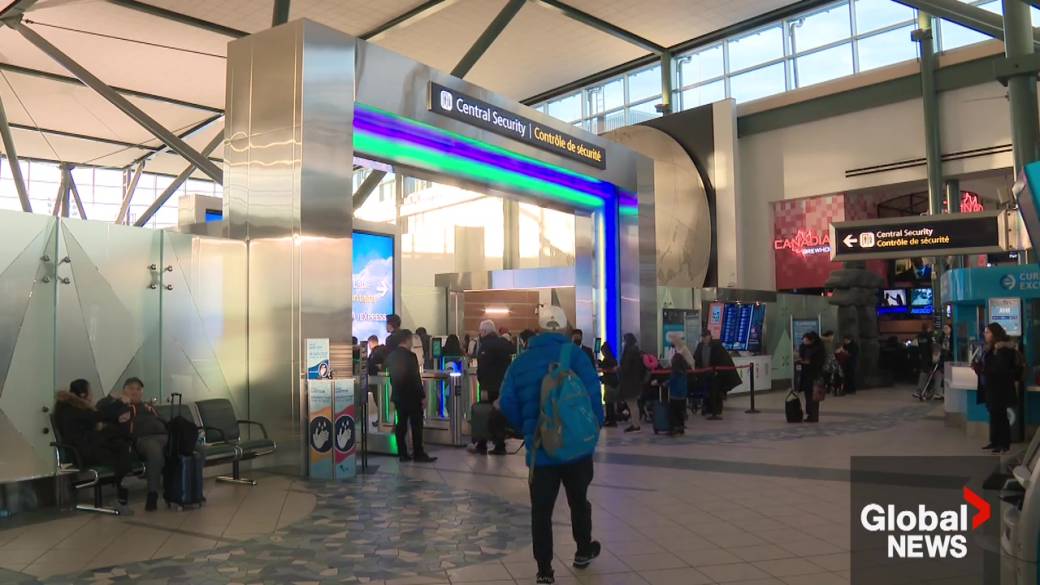 
It will also let travellers skip over the requirement to remove things like laptops and tablets from their carry-on luggage, marking a major shift from the traditional rules at British airports.

The British government has billed the coming change as a win-win for travellers and airport security workers.

“Not only will it mean greater convenience for travellers – as people will no longer need to spend time taking items out of their bags – but it will also enhance passenger safety, as security staff will have more detailed images of what people are carrying,” the U.K. government said.

Canoo Sells Shares to Get Cash and the Stock Plunges