Bulls are moving in with eyes on a 61.8% Fibonacci retracement towards 0.6800

As per a prior analysis, AUD/USD drops heavily in risk-off markets following hawkish BoE, ECB and Federal Reserve, whereby bears were targeting a downward continuation move toward 0.6500, the thesis remains in play as the following will illustrate. However, for the immediate future, a correction towards 0.6800 could be on the cards first.

it was shown that AUD/USD had broken channel support and there were eyes on a break to the Volume Point of Control (VPC) of the late August to mid-October bear cycle:

The neckline of AUD/USD M-formation is still expected to serve as a resistance area of a restest in the coming days and that could lead to a downside continuation below the now counter-trendline to target the 0.65s.

The M-formation is still in the making. A bottom has not been confirmed yet as we are yet to see a daily first green day close that would signal the deceleration of the bearish impulse and prospects of a bullish correction of the same.

However, the upper quarter of the 0.66s is giving some support AUD and it could be time to start monitoring for a first green day close and planning the playbook on the lower time frames for a short squeeze set-up. 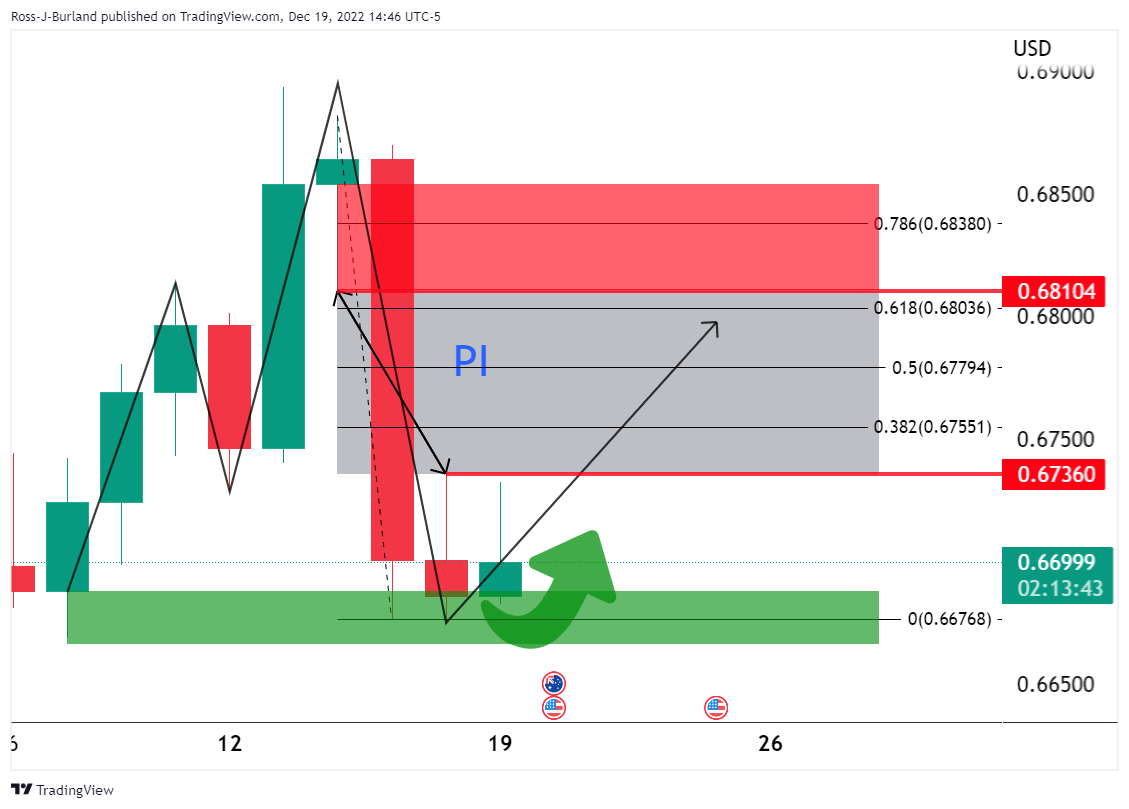 On the lower time frames, bulls will want to see a break of the trendline and prior lower high to confirm a bullish bias:

On the hourly time frame, we have seen a break in the trendline. The market is coiling sideways. We have equal lows at 0.6695 that are being pressured currently with liquidity in market orders expected below and under 0.6675 lows. A ”sweep’ of the liquidity could result in a surge of demand from the bulls and ultimately provide enough fuel to take out the 0.6720 and then the 0.6736 resistance and create a change of character (CoCh) in the structure to bullish.

The US Dollar will likely weaken anew when uncertainties about the Fed, the US economy’s landing and China’s recovery resolve,...

S&P/global services business indexThe more closely followed ISM nonmanufacturing PMI index will be released at the top of the hour...

XAU/USD plummets below $1890 after stunning US NFP report

Gold plunges after a solid January US NFP report. The US economy added more than 500K jobs, and the unemployment...

Historically mild weather through January has seen natural gas demand slump well below seasonal norms. Is there a bottom in...