Cole Caufield broke a third-period tie and Sean Monahan had a pair of assists against his old team as the Montreal Canadiens beat the Calgary Flames 2-1 on Thursday.

Rookie Juraj Slafkovsky, with his fourth goal of the season, also scored for Montreal (12-10-1), which has won seven of its last 11 games.

Boris Johnson reveals how big is advance was for forthcoming memoir

Tied 1-1 in the third, the Canadiens got a power play six minutes into the period when Andrew Mangiapane was sent off for roughing. He grabbed Josh Anderson from behind after the Montreal forward gave a fake cross-check to Markstrom while the two exchanged words after a whistle.

Montreal entered play in a 1-for-17 tailspin with the man advantage. But on their second power-play of the night, they needed just 31 seconds to convert with Caufield leaning into a one-timer after being set up on a cross-ice pass by Nick Suzuki.

Slafkovsky gave Montreal the lead just 13 seconds in and the score remained that way until the final minute of the second when Calgary finally drew even.

Lindholm’s attempt to centre the puck from behind the net was steered away by Allen.

While a scramble for the loose puck ensued at one side of the Canadiens’ net, Lindholm curled out front undetected on the other side. When Jonathan Huberdeau ended up corralling the puck, he zipped it across the crease for a tap-in for Lindholm.

In his first game against his former team, Monahan was credited with an assist on the opening goal off a misplay by Markstrom.

The goalie charged out of his net after a loose puck and went into a sideways slide. Monahan was able to sidestep the Flames goalie, avoiding a collision, but Markstrom knocked the puck right to Slafkovsky who stepped around the netminder and fired it into the vacant net.

Markstrom has struggled at times this season. Coach Darryl Sutter rewarded goaltender Dan Vladar for his strong play of late with starts in three of the last four games.

Markstrom’s early miscue drew the ire of the home fans, who responded with a Bronx jeer on his next save that came on a shot from a long way out.

Calgary outshot Montreal 12-6 in the opening period, but couldn’t solve Allen. Their best chance was Blake Coleman’s breakaway with two minutes left but Allen made a pad stop.

Monahan was recognized with a video tribute during a first-period TV timeout and waved to the crowd as he was given a standing ovation.

He played 656 games over nine seasons with the Flames. Coming off his second hip surgery, he was traded to Montreal in the off-season. 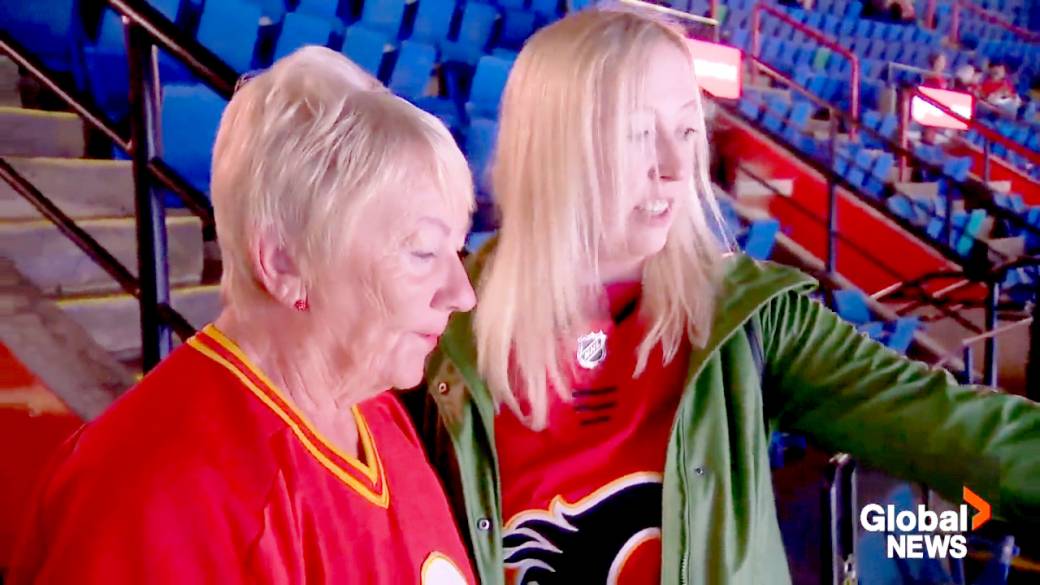 Boris Johnson reveals how big is advance was for forthcoming memoir

A new organization in Saskatchewan is working to bring tools and resources to Indigenous artists, giving them an opportunity to...

A free meal that started as a way of providing comfort in the aftermath of post-tropical storm Fiona has now...

The most radical changes are on the inside, which has been redesigned to take advantage of new technology. The control...

Sign up to Roisin O’Connor’s free weekly newsletter Now Hear This for the inside track on all things musicGet our...

XRP Try To Break Consolidation At $0.4 To Conquer New Levels