Sending a package through Canada Post this holiday season? Get ready to pay more – National

Canada Post is upping surcharges on domestic packages to nearly 40 per cent as the price of living remains steep across the country.

On Nov. 28, the postal operator will raise the surcharge to 39.5 per cent for domestic services in what Canada Post says is to make up for increased fuel prices. The fuel surcharge from Nov. 14 to Nov. 20 was 38 per cent. It currently sits at 39 per cent.

“We apply a fuel surcharge to all parcel services, on top of the parcel shipment base rate,” he said.

When Kevin Bates arrived at a Canada Post office in Halifax, lugging a box of toys for his grandchildren in Asia, he was prepared to pay more than in previous years.

“I’m going to say that to ship that box to where it’s going will probably be in the $125 range,” Bates said, adding “I mean, it’s going overseas in planes. Uh, they, they like their fuel, so just like everything else, the cost goes up, you know?”

For Melissa Thompson, who works for a real estate agency, mailing a box of market updates to clients is a growing expense.

Others are finding ways to avoid the increases.

Nelson Larson was mailing two parcels, one to the Northwest Territories, the other to Newfoundland and Labrador.

He and his wife purchased pre-paid boxes, which will be sent to their destinations via express post.

“The box is already prepaid. As long as you stay under 5 kilos, it’s good for anywhere in Canada.”

For Urban Nails, a salon on Danforth Avenue in Toronto, supplies like nail art and gel polish come to the store through Canada Post and owner Kevin Nguyen has felt the effects.

“It definitely impacts us because we can’t raise the price on the customer very often,” he told Global News.

“It’s hard as a small business owner,” said Alicia Gray, owner of Bombshack, a specialty store and gift shop in Rossland, B.C., that ships to customers through Canada Post.

With costs rising across the board, Gray has found it difficult to explain why she’s had to increase prices at the shop to her young customers who frequently visit. 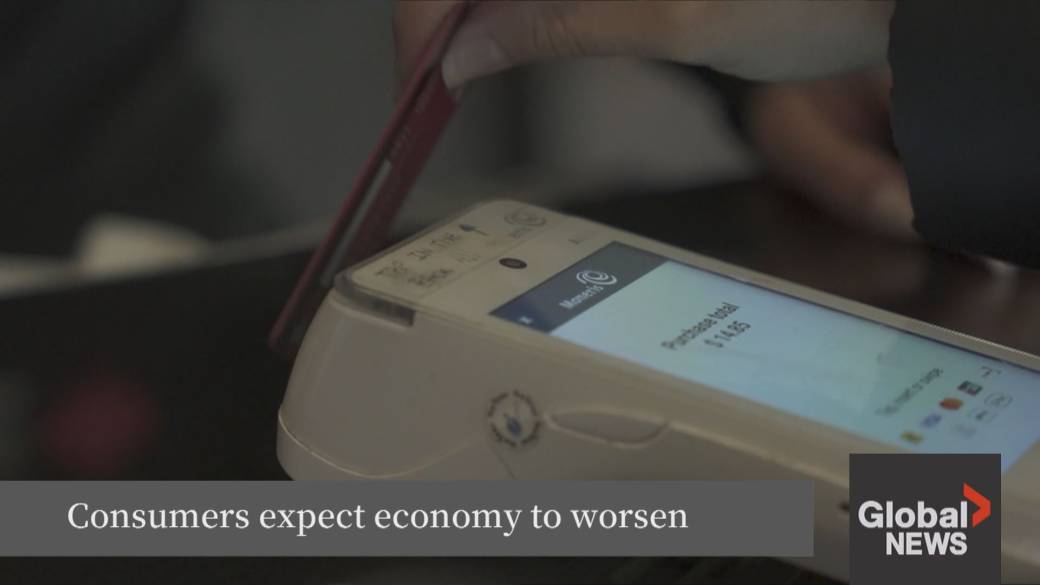 3:42Why many Canadians are opting to cut back on holiday spending.


“A lot of my guests are children who are very unhappy,” she told Global News.

Canada Post bases their surcharges each week on the average price of diesel across Canada as measured by an independent company called Kalibrate Technologies Ltd.

“Due to the fluctuation of fuel prices and their changing impact on operational costs, fuel surcharges are a standard industry practice for parcel shippers,” Rogers explained on behalf of Canada Post.

“As Canada Post manages the largest transportation network in Canada, with thousands of vehicles in our fleet, this has been part of our standard practices for nearly 20 years and is the norm in the delivery industry given the reliance on fuel consumption.”

At the beginning of July, the fuel surcharge for domestic services sat at 37 per cent.

Aside from domestic services, parcels shipped to the United States and internationally are also seeing a surcharge of 22.75 per cent. This will increase to 23 per cent next week.

U.S. and international package delivery services that are currently seeing a surcharge of 20.75 per cent will see a 21-per cent surcharge as of Nov. 28.

However, priority worldwide shipping that increased by 23.25 per cent on Nov. 21, is the only method that will see a decrease in price next week. As of Nov. 28, the surcharge will go down to 21.25 per cent.

A team of researchers from Newfoundland and Labrador are part of a project to search the Antarctic Ocean for the...

Sofia Goggia picked up where she left off in Lake Louise, Alta.The Italian ski racer’s win Friday in the season-opening...

The federal government is looking at helping to secure the release of 19 Canadian women and children being held in...