Two wildfires continue to burn in the District of Kent, however, minimal fire growth has been observed, according to the Agassiz Fire Department.

“For the most part, there have been no changes. There is a little bit of wind blowing on the Bear Mountain wildfire with a little bit of activity,” said Agassiz Fire Chief Gerald Basten.

“The Limbert Mountain wildfire has had limited fire activity and remains within the containment lines around the head of the fire.”

The District of Kent declared a local state of emergency Thursday evening and issued an evacuation alert Friday to residents at risk from the Limbert Mountain wildfire.

It continues to ask members of the public to avoid the Limbert and Cameron roads area.

Structural protections have been deployed to properties near the Limbert Mountain wildfire.

“The Agassiz Fire Department continues to monitor both fires with crews on-site at each, to watch for fire growth,” said Basten.

Terrain, dead-standing trees and wind have made fighting the fire dangerous for ground crews, the fire department said, but the fire chief believes the fire lines will not be challenged on Saturday or Sunday.

“We are confident the fires will stay within their boundaries,” Basten said. 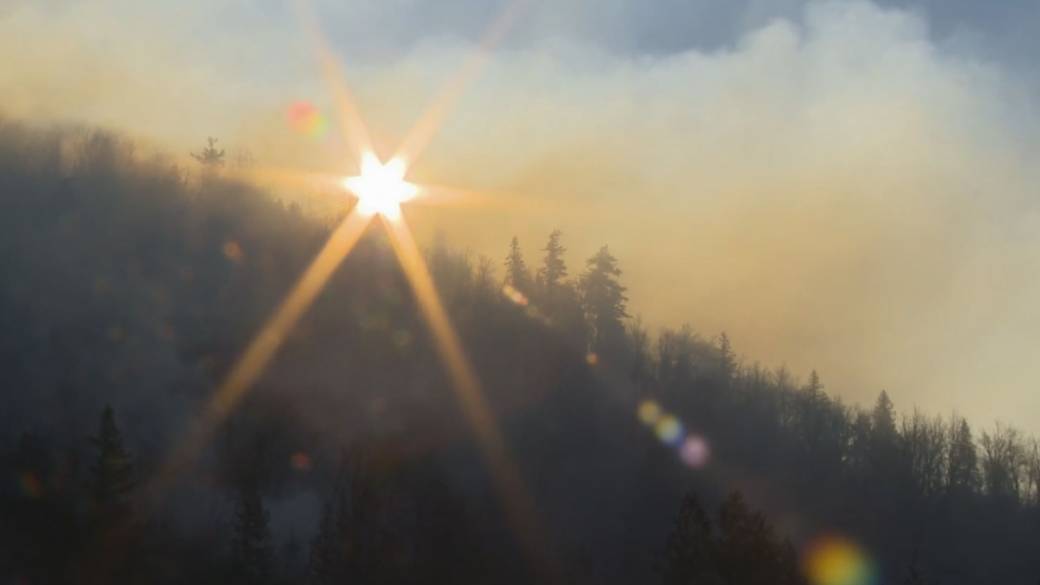