As Ukrainians flee a war-torn nation and find a new home in Saskatchewan, two Saskatoon residents are hoping to ease their transition by raising money with a taste of home.

The Yevshan Ukrainian Folk Ballet Ensemble collaborated with 9 Mile Legacy Brewing to create Yevshan Honey Wheat Ale. It’s a drink inspired by the culture and history of Ukraine, with the intention of donating all profits to support displaced Ukrainians arriving in the province.

Angie Wojcichowski, a member of the Yevshan Folk Ensemble, said creating a beer has been a vision they’ve had for months.

“We have always enjoyed having a pint or two at 9 Mile and we had always talked about ‘Wouldn’t it be nice to have a beer with our namesake on it,’” she said.

Since the Russian invasion of Ukraine, the ballet group has been participating in multiple fundraisers for the war efforts and for Ukrainians settling in Saskatchewan.

They thought creating the ale now would be a great opportunity.

According to Wojcichowski, Yevshan is a mythical herb in Ukrainian folktales.

“They say when one tastes or when one smells the Yevshan herb, it reminds them of the homelands,” she explained.

Wojchichowski not only wanted the creation of the ale to have a fundraising aspect, but for those who purchased it to get a sense of Ukraine.

“We talked about what beer tastes like in Ukraine, the things that were important to Yevshan,” she said.

When she pitched the idea to Shawn Moen, the CEO of 9 Mile Legacy Brewing, he said he was immediately on board.

“Yevshan Folk Ballet Ensemble has been a neighbour of ours for many years in Riversdale,” he mentioned.

“We realized that crisis was arriving at our doorstep. Thousands of displaced Ukrainians were arriving in Saskatchewan. And maybe there was something we can do with this particular project that would provide a little bit of relief,” he added. 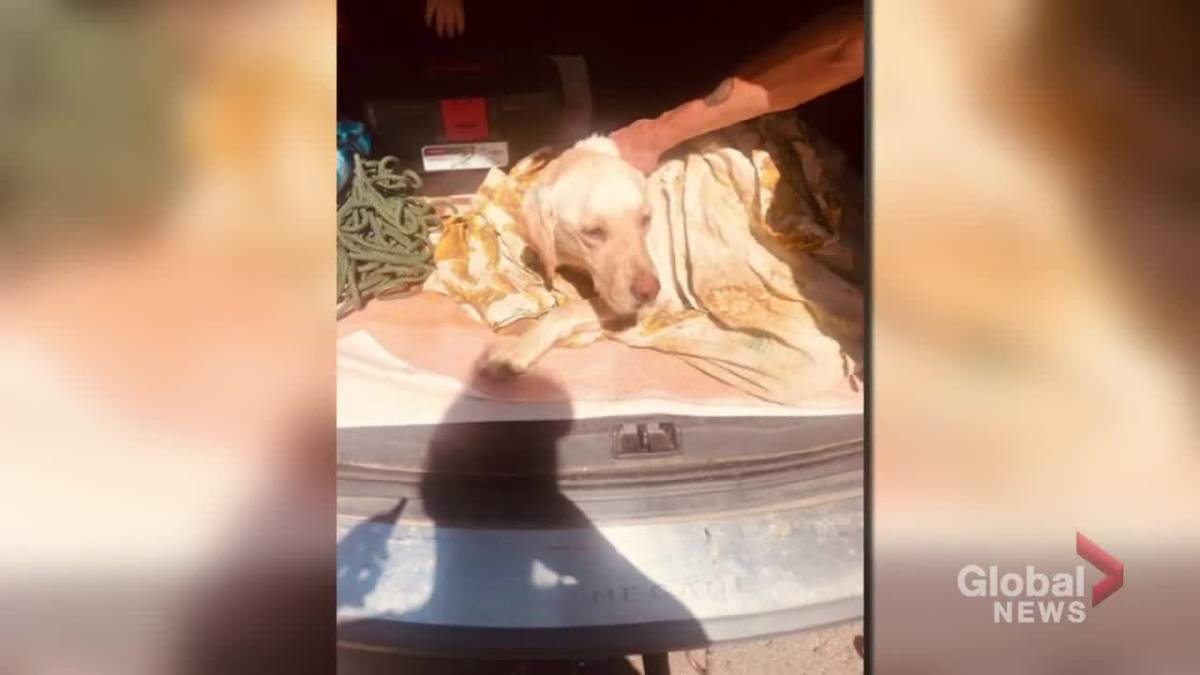 
Moen said despite small businesses like his struggling from the pandemic, supply shortages and inflation rates, it didn’t feel right for him to profit off the production.

“All profits from this beer will ultimately end up in gift cards for Ukrainian people arriving into Saskatchewan just in time for Christmas,” he said.

It’s an initiative the Ukrainian Canadian Congress Saskatchewan branch is grateful for.

“The people of Saskatchewan have been amazing in their support and their desire to help,” Executive Director Danylo Puderak said.

“We’ve all seen the news. We’ve seen the horrific pictures. And so we understand many of them don’t even have a place to go back to. So this is one way that we can help,” he added.

According to Puderak, nearly 3,000 Ukrainians have arrived in Saskatchewan since the war began, and are settling in communities right across the province.

For Wojchichowski and Moen, the project has grown into a friendship. “9 Mile as a company and Yevshan as a Ukrainian dance company, we really share the same values about community, Saskatchewan, helping people and it was just a real natural fit,” Wojchichowski told Global News.

“There is a degree of affection and respect that comes out of doing a project like this,” Moen said.

The beer is currently available at 9 Mile locations, with the plan to also stock shelves at various liquor stores across the province.

Wojcichowski and Moen said they’ll continue to produce the brew as long as the need is there to support the community.

“This is one initiative where you know exactly where your intentions are going and you can have a great beer while doing it,” Moen said.