Nickelback to be inducted into Canadian Music Hall of Fame

Nickelback is getting a spot in the Canadian Music Hall of Fame.

The rock hitmakers from Hanna, Alta. have been named as the latest inductees into the illustrious home of Canada’s top music talent.

Lead singer Chad Kroeger and his bandmates Mike Kroeger, Ryan Peake and Daniel Adair, will be ushered into the Hall of Fame at the Juno Awards in Edmonton next year on March 13.

The 12-time Juno winners, whose hit singles include “How You Remind Me” and “Rockstar,” will also perform on the live Junos broadcast. 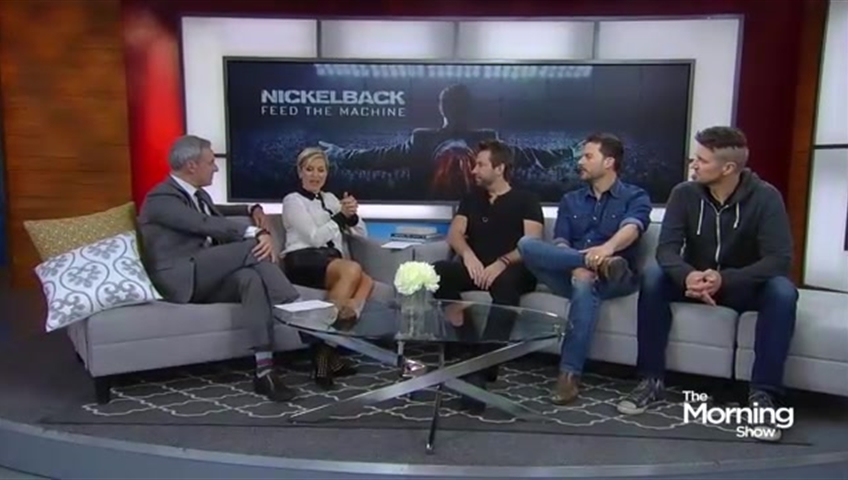 7:03How Nickelback Feeds the Machine

The band’s induction announcement was part of a media event Monday in Edmonton where organizers said Calgary native Tate McRae would be among this year’s performers.

They also confirmed the return of several Juno Week events that were paused during the pandemic.

The Juno Cup, a Canadian celebrity hockey showdown, the Juno Songwriters’ Circle and Juno Fan Fare, an event where fans can meet the musicians, are back on the calendar in the week leading up to the big show.

Canadian music manager Ron Sakamoto will be the recipient of the Walt Grealis Special Achievement Award for his lifelong contributions to the country’s music industry.