N.S. disability rights advocate moves out of nursing home and into a condo – Halifax

It’s been a long road of advocacy, in particular for Jen Powley and Independent Living Nova Scotia. But their work has finally paid off.

On Monday, Vicky Levack, a well-known advocate for disability rights and housing, moved into a condo.

“Today, I got to officially leave the institution for good,” Levack says.

She’s been living in Arborstone Enhanced Care for 10 years. The Shannex nursing home is one of a select few in the province offering long-term care for young adults living with disabilities.

Levack, who has been a vocal supporter for homeless people in Halifax, says even the little things will make a big difference.

Despite court ruling, no timeline for closing N.S. institutions for disabled people

“They told me there’d be somebody here to help me paint my nails,” she says. “That’s a little thing. It’s not really important, but it’s nice because it’s the only makeup I really wear.”

But her main excitement comes from finally being able to live in the community. 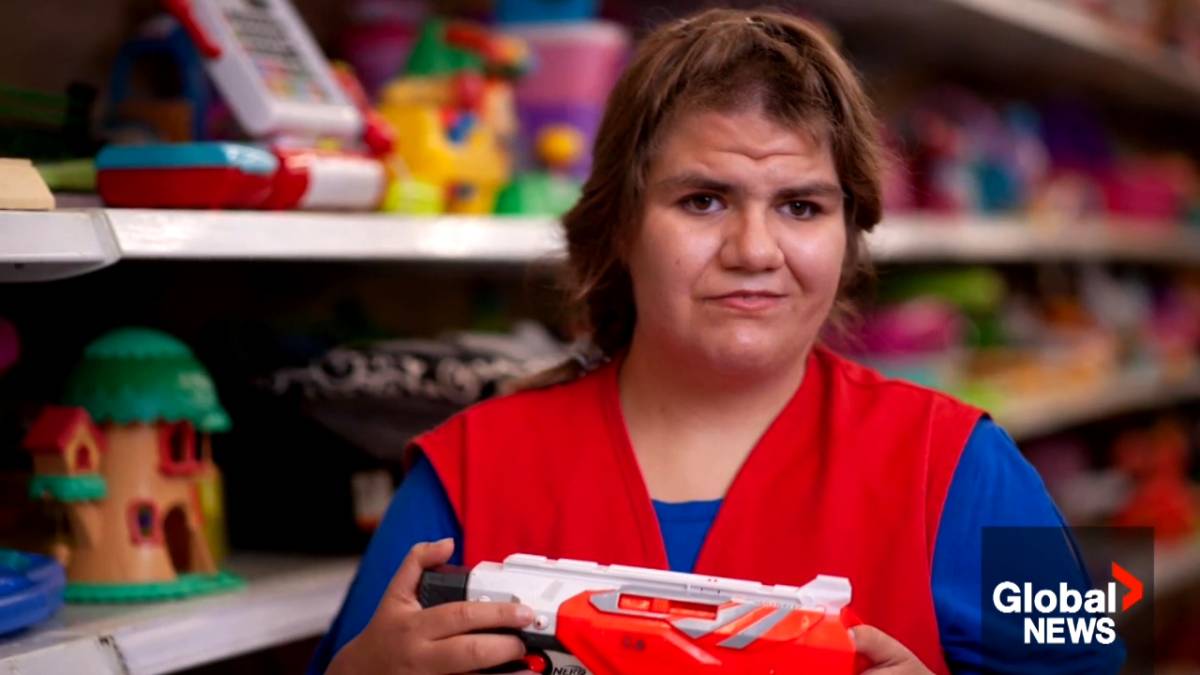 Levack credits both Powley, an author and former municipal council candidate, and Independent Living Nova Scotia for her move.

Powley, who lives with progressive multiple sclerosis, tells Global News the support of the provincial government is long overdue.

“If the goal is to be accessible by 2030, doesn’t (the government) want people with disabilities to live in the community?” Powley says in an interview through her caregiver Farzan Hedyat.

The province set aside $3.5 million in its March budget “to significantly increase the number of young adults moving out of Long-Term Care and into community placements,” according to a statement from the Department of Community Services.

“This funding will allow people to move to an apartment or home in the community and live independently with people in a similar age range while still receiving the supports and services they need,” spokesperson Christina Deveau says.

“Before, if you were of a severe disability, you only had the option of a nursing home or the hospital,” Powley says. “That wasn’t much of a choice, so I thought there should be more to choose from.”

“There have been a whole lot of sleepless nights and a whole lot of going back and forth and pushing rocks uphill, but here we are,” says Carrie Ernst, the charity’s executive director.

‘Something I never dreamed of’

Ernst says the project will save the province money. As a result of the long-term care bed waitlist, some people are living in a hospital, she says.

The project will include people from across the province, Ernst says.

Levack says living freely, away from a nursing home, is “something I never even dreamed of.”

But Powley’s parents have also played a pivotal role.

They own Jen’s unit, which she will now share with Levack. They own the neighbouring unit as well.

Two other people will be moving into the next-door unit in the coming weeks.

For its part, the province says the target for its $3.5-million investment is to move 25 people into the community.

“There will be funding in the subsequent three years to move an additional 175 people into community,” the statement from Deveau says.

As Terry Boehm sits on a tractor-powered snowblower on a cold winter day and clears a path to his shop, the grain...

A Twitter executive in Ireland secured a temporary court injunction preventing Elon Musk from firing her in his mass layoffs...

Matt Hancock: How much is he being paid for I’m a Celebrity 2022?

The Edmonton Elks have come to terms on a deal with a defensive back who was a member of the...

EntertainmentPrime Minister Justin Trudeau made an appearance on Friday's episode of Canada's Drag Race: Canada vs. the World to offer the...