Cable (GBPUSD) rose on Monday, supported by a risk-on sentiment across markets. there are signs of some easing of market conditions following last week’s mixed Nonfarm Payrolls report that shows that the Unemployment Rate rose to 3.7%. This has fuelled hopes that the much sought-after Federal Reserve pivot could be on the horizon. Consequently, Us yields are stalling as the following technical analysis will show and GBPUSD is gathering pace on the bid.

The hourly charts show the price firmly bid with eyes towards last week’s highs and then last month’s highs in the 1.1616 area and 1.1645s.

Cable is stretched at this juncture into a resistance area on the 15-min charts. A move below the current micro trendline will set the stage for a move back onto to test structure at 1.1450. 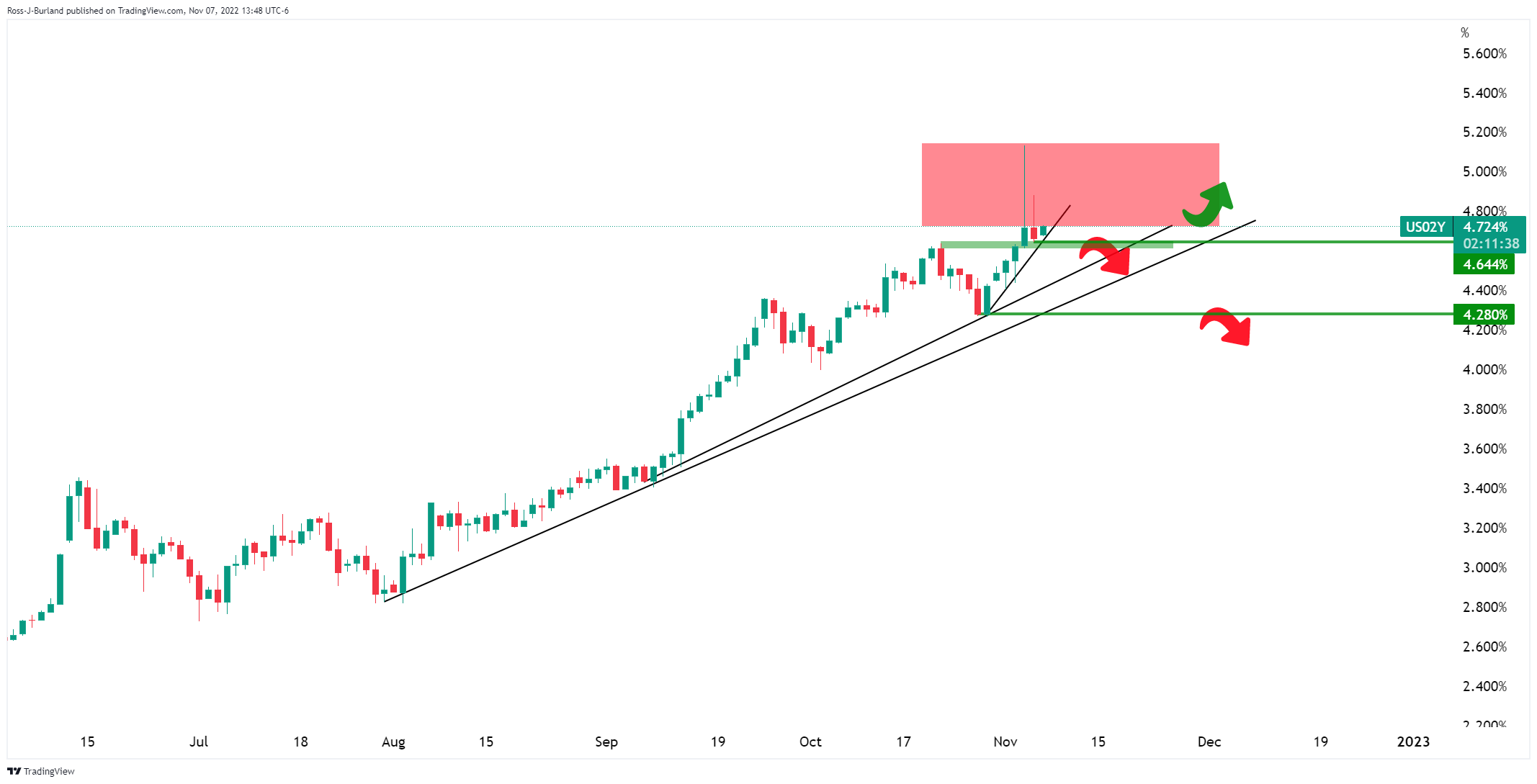 The daily chart shows that there could be some stalling to come from the 2-year yields given the recent wicks and lower highs. A break of the current support near 4.644% opens risk of a significant move lower to test the trendline supports. In turn, such a switch in yields would likely dent the greenback and support Cable higher.

Atlanta for GDPnow estimateThe Atlanta Fed GDPNow estimate for Q4 growth moved up to 3.4% from up from 2.8% on...

USD/CAD hits one-month highs above 1.3670 and then retreats

Bank of Canada to announce monetary policy on Wednesday. The Loonie is the worst G10 performer on Tuesday. USD/CAD up...