RSI Flirts with Overbought Zone Ahead of US CPI

USD/JPY trades to a fresh yearly high (146.97) after clearing the opening range for October, and the move back above 70 in the Relative Strength Index (RSI) is likely to be accompanied by a further appreciation in the exchange rate like the price action from last month.

USD/JPY Forecast: RSI Flirts with Overbought Zone Ahead of US CPI

USD/JPY registers the longest stretch of gains since April as it rallies for six consecutive days, and the exchange rate may continue to trade to fresh yearly highs ahead of the update to the US Consumer Price Index (CPI) as long as the RSI holds in overbought territory.

Looking ahead, fresh figures coming out of the US Bureau of Labor Statistics (BLS) may fuel the recent advance in USD/JPY as the core CPI is projected to increase for the second month, with the figure expected to widen to 6.5% in September from 6.3% per annum the month prior.

Another uptick in the core CPI may put pressure on the Federal Reserve to retain its approach in combating inflation as minutes from the September meeting reveals that “many participants emphasized that the cost of taking too little action to bring down inflation likely outweighed the cost of taking too much action,” and USD/JPY may continue to track the positive slope in the 50-Day SMA (140.53) ahead of the next Federal Open Market Committee (FOMC) interest rate decision on November 2 as Chairman Jerome Powell and Co. pursue a restrictive policy.

Until then, the diverging paths between the Fed and Bank of Japan (BoJ) may keep USD/JPY afloat as Governor Haruhiko Kuroda and Co. stick to Quantitative and Qualitative Easing (QQE) with Yield-Curve Control (YCC), while the tilt in retail sentiment looks poised to persist as traders have been net-short the pair for most of the year. 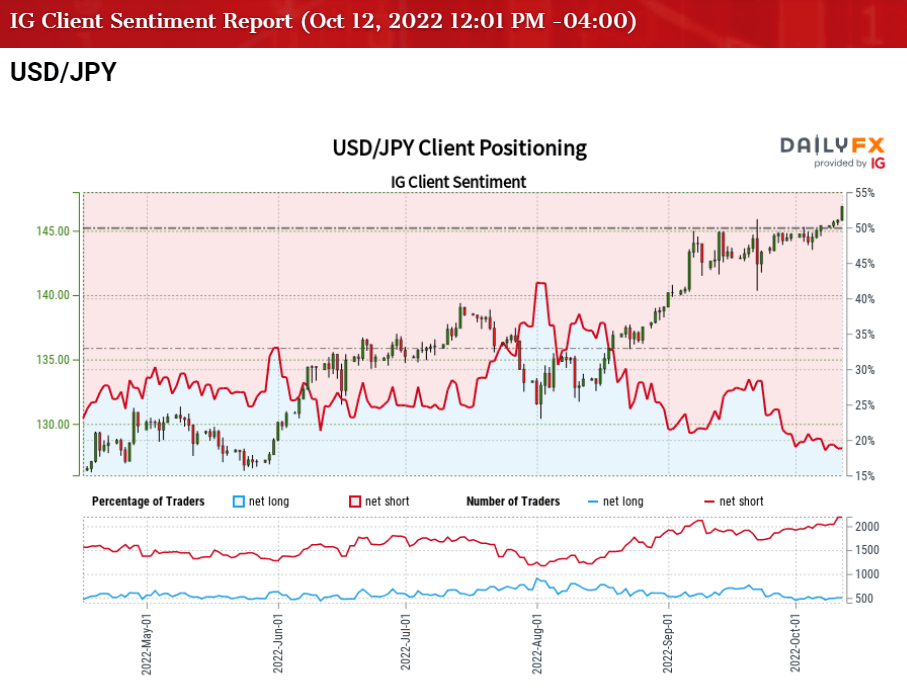 The IG Client Sentiment (IGCS) report shows 22.67% of traders are currently net-long USD/JPY, with the ratio of traders short to long standing at 3.41 to 1.

The number of traders net-long is 13.08% higher than yesterday and 17.07% higher from last week, while the number of traders net-short is 2.09% lower than yesterday and 11.27% higher from last week. The rise in net-long interest has helped to alleviate the crowding behavior as only 21.49% of traders were net-long USD/JPY earlier this week, while the rise in net-short position comes even as the exchange rate trades to a fresh yearly high (146.97).

With that said, the update to the US CPI may fuel a further advance in USD/JPY should the development boost speculation for another 75bp Fed rate hike, and the exchange rate may continue to carve a series of higher highs and lows as long as the Relative Strength Index (RSI) holds in overbought territory. 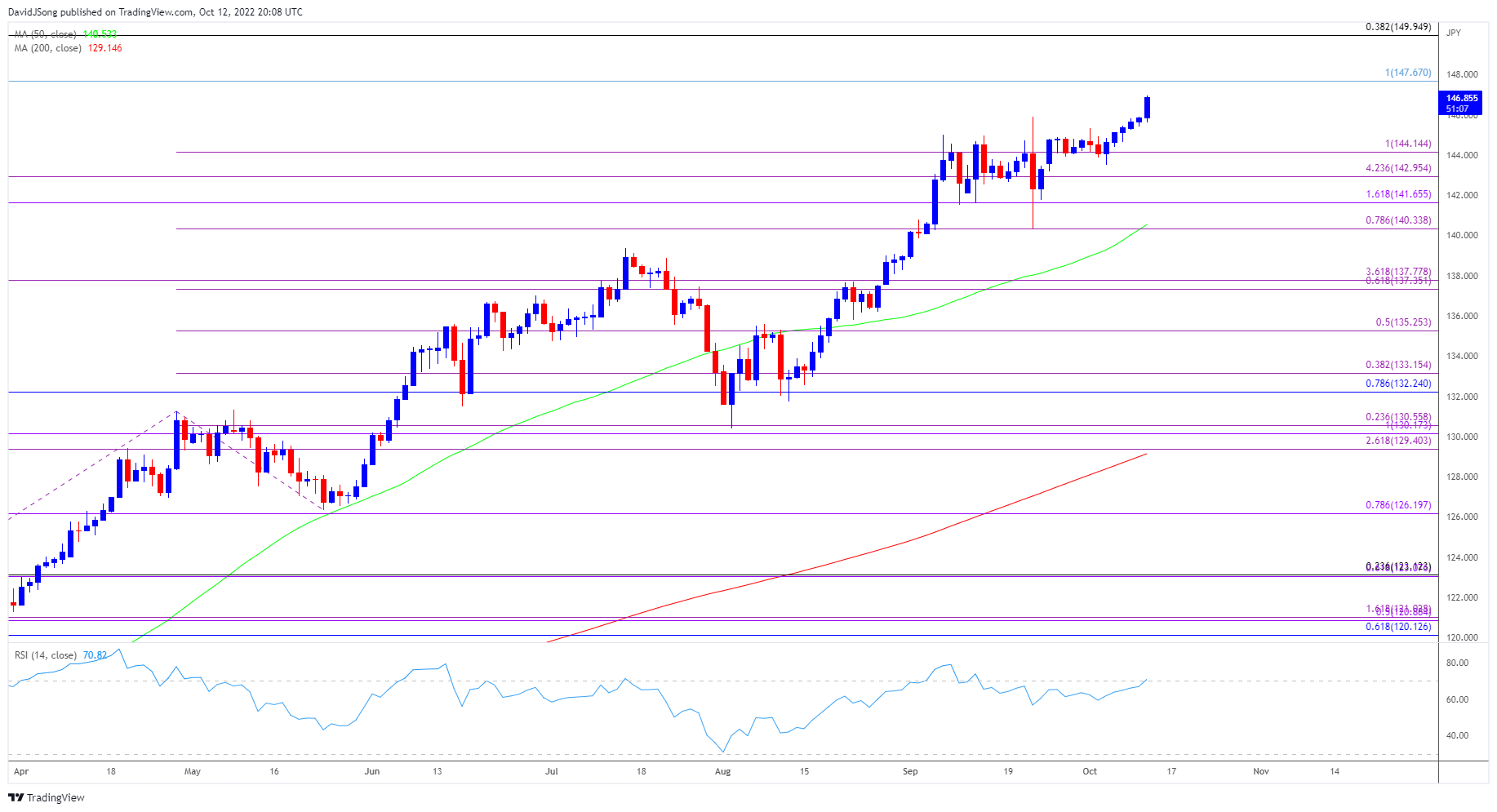 NZD/USD bulls could be throwing in the towel here.  Bears eye a move to test the trendline support.     ...

Atlanta for GDPnow estimateThe Atlanta Fed GDPNow estimate for Q4 growth moved up to 3.4% from up from 2.8% on...

USD/CAD hits one-month highs above 1.3670 and then retreats

Bank of Canada to announce monetary policy on Wednesday. The Loonie is the worst G10 performer on Tuesday. USD/CAD up...