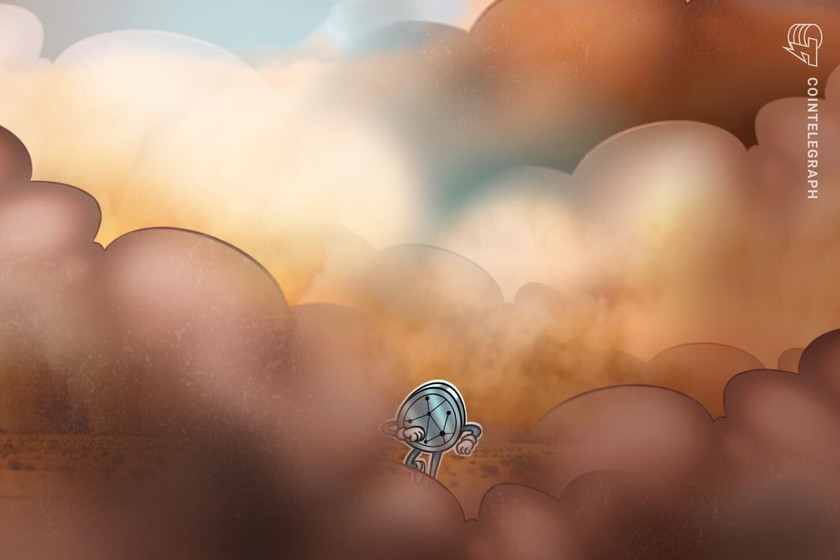 Over the last two years, nonfungible tokens (NFTs) have emerged as one of the most active and noticeable aspects of Web3.

The data stored on blockchains by NFTs may be connected with files that include various forms of media, such as photographs, videos and audio. In certain instances, it can even be related to physical items. The owner of an NFT will often have ownership rights over the data, material or item connected with the token, and these tokens are typically purchased and traded on specialized markets. The rise of NFTs was meteoric in 2021, but it hasn’t been very steady since then, and it seems to have fallen sharply in 2022.

Why NFTs exploded in popularity in 2021

In 2021, two of the most active markets for NFTs were collectible art projects and the video game industry. NFTs have ushered in a new era of video gaming, which has resulted in the proliferation of new types of games, such as blockchain-based play-to-earn games that provide players with in-game benefits. Users now have the opportunity to own in-game assets for the first time and make a possible profit from such assets by trading them on NFT platforms like OpenSea.

Axie Infinity, a game that included both NFTs and its own native cryptocurrency, became the most popular crypto game overall. Axie’s NFT market reached a milestone of $1 billion in total trading volume. In addition, the game accounted for two-thirds of blockchain-game NFT transactions in 2021, according to a report covered by Cointelegraph in March this year.

The gaming industry can help to bring NFTs into the mainstream due to their massive popularity. Pavel Bains, executive producer of Mixmob — a card strategy racing game — told Cointelegraph:

“NFTs within crypto gaming are a massive tool, probably one of the top three driving forces in crypto mainstream adoption. Right now, the biggest roadblock we’re facing is that the games aren’t very fun to play. Some will say, ‘Oh, the onboarding experience is bad… Using a crypto wallet isn’t ideal. You need to abstract it away.’ I don’t believe that. Kids will go through pain to get what they want if it’s fun.”

Fear of missing out also seemed to play a major role, with the massive success of picture-for-proof collections like the Bored Ape Yacht Club (BAYC) soaring from a mint price of $300 to up to $3.4 million for a rare golden ape.

No matter what it is, there are usually two types of adopters: those who see the potential in a trend and are willing to stick with it and those who join in because everyone else is doing it. NFTs are no different.

NFT sales stayed fairly strong in the first half of 2022, with crypto users spending $2.7 billion on minting NFTs during that period. However, despite a strong start to the year, there have been some negatives within the NFT space.

Recent: Music NFTs a powerful tool to transform an audience into a community

This year also saw users losing their Bored Apes due to user error. “Fat finger” errors have led to Bored Apes worth hundreds of thousands being sold for far less. For example, Ape #835 sold for 115 Dai on March 28 this year, with Ape #6462 selling for 200 USD Coin (USDC) on May 15.

In September, daily NFT trading volume on OpenSea was down nearly 99% from its May 1 peak of $405.75 million, with a daily volume of $10.29 million at publishing time. When it comes to individual collections, BAYC currently has a daily trading volume of only $400,000, according to DappRadar. According to the decentralized application explorer, CryptoPunks has no trading volume as of 7:20 a.m. UTC Oct. 3.

Due to current market conditions, one can expect to see fluctuations in the value of NFT projects, according to experts. Yaroslav Shakula, CEO of Yard Hub — a framework for NFT, Web3 and blockchain entrepreneurial ideas — told Cointelegraph:

“NFTs have surely been affected by the bear market but, in many cases, less severely than classic crypto and altcoins. What will happen next depends on the global political and macroeconomic situation. All tech stocks and risky assets are now tanking against the U.S. dollar, so in a short- and mid-term period, one might expect fluctuations in NFT prices as well.”

Despite these low volumes, NFTs continue to enjoy significant visibility.

Many people may have noticed a dramatic increase in the amount of people’s profile pictures on Instagram and Twitter that include a monkey, bear or other NFT image.

In January this year, Twitter announced that users would be able to officially use NFTs as their profile pictures via Twitter Blue. The premium, subscription-based version of Twitter allows users to connect their wallets and post a hexagon-shaped profile picture once an NFT is connected. Meta quickly followed Twitter’s lead and implemented a similar feature for Instagram and Facebook.

Celebrities continue to be involved in the NFT space, with Snoop Dogg recently collaborating with Mobland, a mafia-themed metaverse, to create digital weed farm NFTs. The weed farms were developed as a part of NFT 3.0, the third generation of NFTs.

The future of NFTs

Not only do some industry professionals feel that the NFT market will continue to exist, but they also anticipate that it will continue to expand and play an increasingly crucial role in the digital economy. According to a report covered by Cointelegraph, the NFT market could be worth $231 billion by 2030. This is due to continued adoption within the video game, music, art and digital collectible industries.

Shakula is bullish on NFTs for the long-term, telling Cointelegraph, “In the long-term, NFTs definitely look good — I’m sure they have a big future. This technology opens many new opportunities, even for classic businesses and common users. They can be used for tokenizing assets and providing them to employees as perks and benefits.”

Experts also believe that our lives will become more virtual in the coming years. It’s possible that in the near future, people will be able to carry out their daily activities within a virtual space, using virtual assets. Essentially, this will represent the creation of a metaverse in which everything is transformed into an NFT token. Although it is unknown how this will coexist with our physical life in the “real world,” the revolution is already well on its way to being realized.

Recent: Terra could leave a similar regulatory legacy to that of Facebook’s Libra

Some experts believe that NFTs will soon reach mainstream status. Jack Vinijtrongjit, CEO of AAG — a Web3 development firm — told Cointelegraph, “NFTs are evolving from just being a collectible and speculative tool to real world use cases, such as identity and customer relationship management. We can already see companies like Starbucks using it as a replacement for their membership card and universities issuing NFTs for a diploma. I believe we are about to see NFTs moving from niche to mainstream as the result.”

The reaction of the video game industry to the introduction of NFTs has been the subject of much conjecture. Although some businesses are currently delivering digital assets as a part of blockchain games like Ember Sword, the widespread adoption of this technology has not yet occurred in the gaming community, leading many specialists to wonder how or even whether they will take off in the mainstream gaming industry.

On Dec. 2, NFT Steez hosts Alyssa Expósito and Ray Salmond chatted with Victor Solomon to discuss his journey into...

In an announcement sent to Cointelegraph, the firm stated that it has partnered with Alteon LaunchPad to let beginners in...

How NFT court summons could change the legal landscape

RBB Lab, a technology development firm based in the Republic of San Marino, has utilized nonfungible token (NFT) technology to...

Magic Eden, a Solana-based nonfungible token (NFT) marketplace, has become the latest platform to release a tool allowing creators to...

Coinbase (Nasdaq: COIN) is the latest victim of Apple's stringent payment policy that forced the crypto platform to remove non-fungible...

How to keep your cryptocurrency safe after the FTX collapse

Apple Makes Plans to Move Production Out of China