A small green and red tent occupies a park on the corner of a busy Saint John, N.B., intersection – this is all Brenda Cullins has left.

Cullins says she has been living rough for more than a year, after her family kicked her out, and now lives in fear of what might happen to her.

“People coming through the bushes trying to steal my stuff, and I can’t sleep half the time because I’m always watching out the window of my tent, and I have people coming here threatening to stab me,” Cullins told Global News Wednesday afternoon.

Last winter, Cullins spent her nights moving from moving from place to place in search of heat, often finding herself out in the cold after being forced to move by police.

As the days of summer fade away, the unwelcome thought of another bout with frigid temperatures has prompted her to beg for help.

“I just need a little bit, like an inch just from housing, to give me a chance to get me on my feet to get off the street,” Cullins said.

‘The province has failed us’

Individuals like Cullins are the impetus behind a motion brought to Saint John Common Council Tuesday by Coun. David Hickey.

The motion reads as follows:

“Common Council direct the City Manager, as a priority effort, to work closely with the other levels of government, and not-for-profit organizations within our community, to explore options to reduce the homeless population before winter and to provide additional support to those who remain homeless.”

New transitional house for women in Saint John gets $3.6M in funding

The rising cost of living and growing trend of renovictions have resulted in an increase in the number of people on the street.

The city manager told council, if it was possible, they would have allowed more people into shelters last winter, but funds didn’t allow for additional staff.

“This is an incredibly complex issue. If it was simple to solve, we would have already solved it,” John Collin said.

“We need to throw money at this problem, and when I say we, I’m referring particularly to the provincial government in order to address it.”

In an interview with Global News, Social Development Minister Dorothy Shephard confirmed she was unaware of the motion before Tuesday’s council meeting.

“I’m a little disappointed because I think that we’re all pretty accessible to each other … we want to work together, and in fact, we know that without input from all levels of government, we really can’t get to good solutions in what we have to tackle,” Shephard said at a park in Saint John.

More unhoused people than ever 1 year after Halifax encampment evictions

As an MLA in the Saint John region, Shephard called it heartbreaking to see individuals in the city living in tents.

But, she can’t see a path to solving homelessness without help from all levels of government, admitting current efforts in Saint John won’t be enough.

When asked about concrete actions the province can implement in the immediate future, she said that would rely on community organizations.

“It’s boots on the ground, it’s us empowering our local stakeholder groups … in helping us all develop plans that give us every opportunity to ensure we have a safe place for individuals who are homeless at this point and then how do we transition them into permanent housing.” 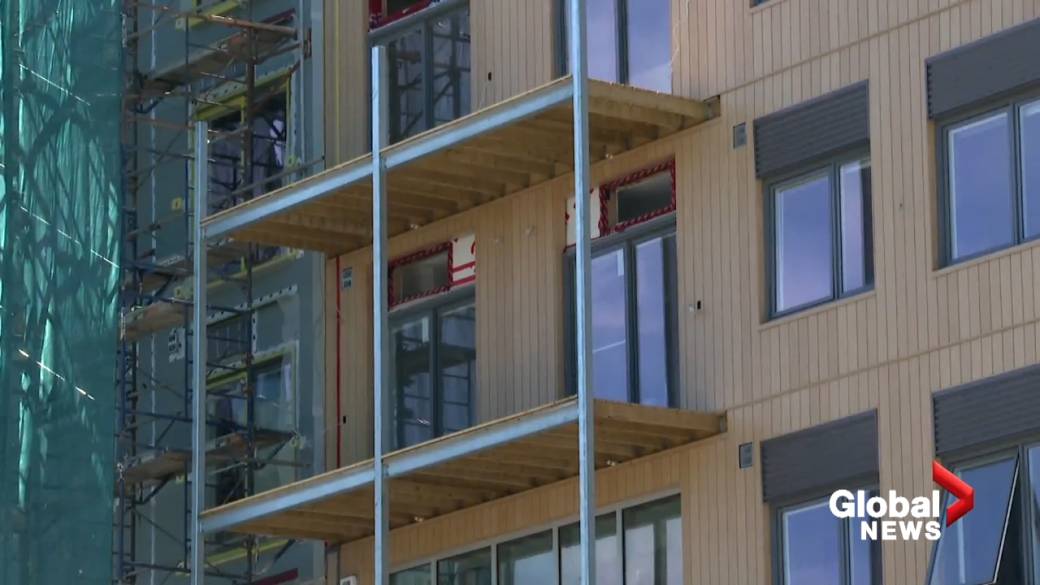 1:48Concern about lack of affordable housing in Fredericton

Concern about lack of affordable housing in Fredericton – Jul 27, 2022

As the second anniversary of Joyce Echaquan's death approaches this week, Indigenous health professionals say the measures taken by the...

AMC hires Citigroup as underwriter for preferred shares By Reuters