Canadians wait in pain for orthopaedic surgery amid record backlogs: ‘Only getting worse’ – National

Up until last week, 15-year-old Cassiel Brisebois asked his mother every day if she’d heard anything about when his spinal surgery would be. But he’s luckier than most. Thanks to his mother’s diligent efforts and the arrival of a new surgeon, there’s still a wait but the surgery is coming up faster than originally expected.

When he was 13, Brisebois developed a curve in his spine. Known as kyphosis, it is the result of a genetic condition called Klinefelter syndrome, which causes him to have an extra X-chromosome. Now, the curve is over 80 degrees.

The syndrome occurs in about one in every 1,000 males and usually isn’t diagnosed until the time of puberty, according to the HealthLink B.C., a government-funded telehealth service that provides certain health information to residents of the province.

“It progressed so quickly,” his 46-year-old mother, Kristin Lindsay, told Global News. “He went from almost no curve to severe curves in the process of a year.”

Pediatric spinal fusions are not performed on Vancouver Island, B.C., where the family lives, so they were referred to the B.C. Children’s Hospital in Vancouver, Lindsay said.

Although surgeons identified the need for surgery in the summertime, Brisebois was officially waitlisted last October.

“Orthopaedic surgeries are problems that involve bones and joints. It could be the shoulder, the knee, foot, ankle or spine and all are conditions that affect individuals on a daily basis — with pain,” Dr. Pierre Guy, an orthopaedic surgeon in Vancouver and president-elect of the Canadian Orthopaedic Association, told Global News.

In 2021, wait times for surgical and other therapeutic treatments increased in Canada for the third straight year, according to a report by the Fraser Institute, ‘Wait Times for Health Care in Canada’, that year.

There was a median waiting time of 25.6 weeks between referral from a general practitioner and receipt of treatment. The year before, in 2020, wait times sat at an average of 22.6 weeks.

Orthopedic surgeries had the longest wait time, with a national average of 30.2 weeks in 2021, with nearly 180,000 Canadians estimated to have waited for a procedure after an appointment with a specialist.

A total of 31,176 patients in B.C. were estimated to have been waitlisted in 2021 for orthopedic surgery and the province saw the third highest number of Canadians anticipating this surgical specialty, according to the report. 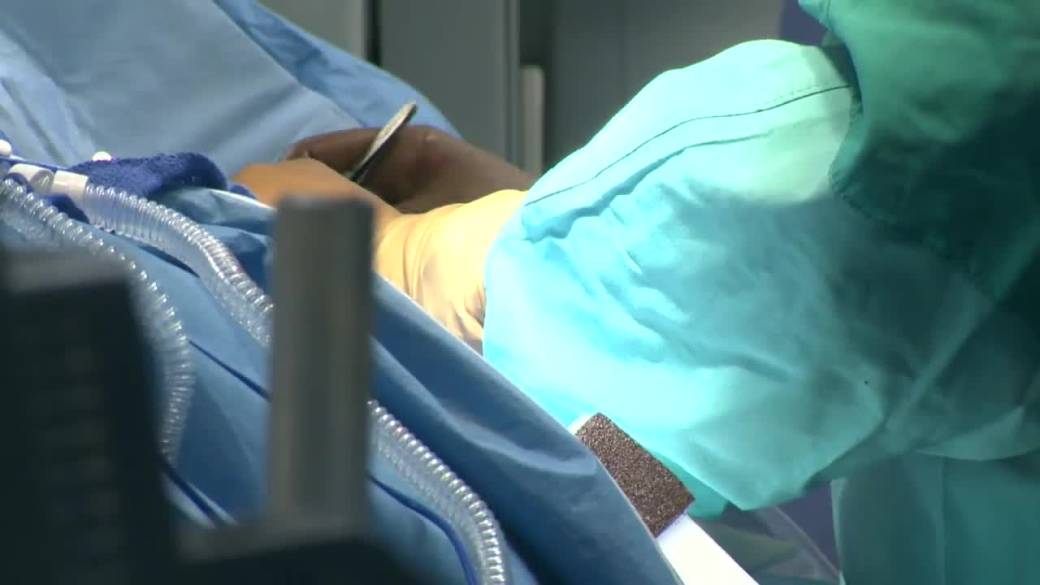 1:233 new out-of-province partnerships will allow for faster hip and knee surgeries for Manitobans

An estimate from the institute predicted that these wait times cost Canadians across the nation nearly $4.1 billion in lost wages and productivity. With 1,425,517 Canadians waiting for treatment in 2021, this estimate equals an average of roughly $2,848 per patient.

Nearly 600,000 fewer surgeries were performed in the first 22 months of the pandemic in Canada, compared to 2019, a 2022 report from the Canadian Institute for Health Information found.

“During the pandemic, orthopaedic surgical beds on our short stay unit were occupied by COVID patients,” Lynn Molloy, Nova Scotia Health’s manager of surgical wait lists, said in the report.

As a result, orthopaedic surgeries, continued to pile up.

“We just had to wait,” Lindsay said.

Though formally on standby when autumn rolled in, Brisebois was already having complications due to the degree of the curve in his spine.

“His mobility is really limited. It affects his breathing. He has nerve pain from nerve impingement. He doesn’t sleep,” said Lindsay. “He would love to be out with his friends on a skateboard and he’s not.”

And along with from the physical difficulties he’s facing, he’s also faced emotional challenges.

“It was causing a pretty significant depression and his clinical team was trying to balance his mental health needs as well as his physical health needs,” Lindsay said.

While awaiting surgery, Lindsay also began to explore other options in the U.S. and at the Shriners Hospital for Children in Montreal, but each had drawbacks, including travelling and cost.

“I was like, ‘I’m a mom on a mission. What are my options and how can I make this faster,’” said Lindsay. “And really, there was no way.”

Once she found out a new surgeon would be brought on board at the B.C. Children’s Hospital earlier this summer, Lindsay contacted the orthopedic clinic and Brisebois was moved onto her waitlist.

“Her waitlist was a lot shorter,” said Lindsay, noting the new surgeon made her son her top priority.

“She was waiting to hear when she would have surgery slots available and he got the first one which, fortunately for us, is Sept. 2.”

On Aug. 23 last year, just over a month before the federal election, Prime Minister Justin Trudeau pledged that a re-elected Liberal government would invest $6 billion to tackle the increasing wait times for surgeries.

Now, over half a year after Trudeau won his second minority government, the full funding has yet to be delivered. 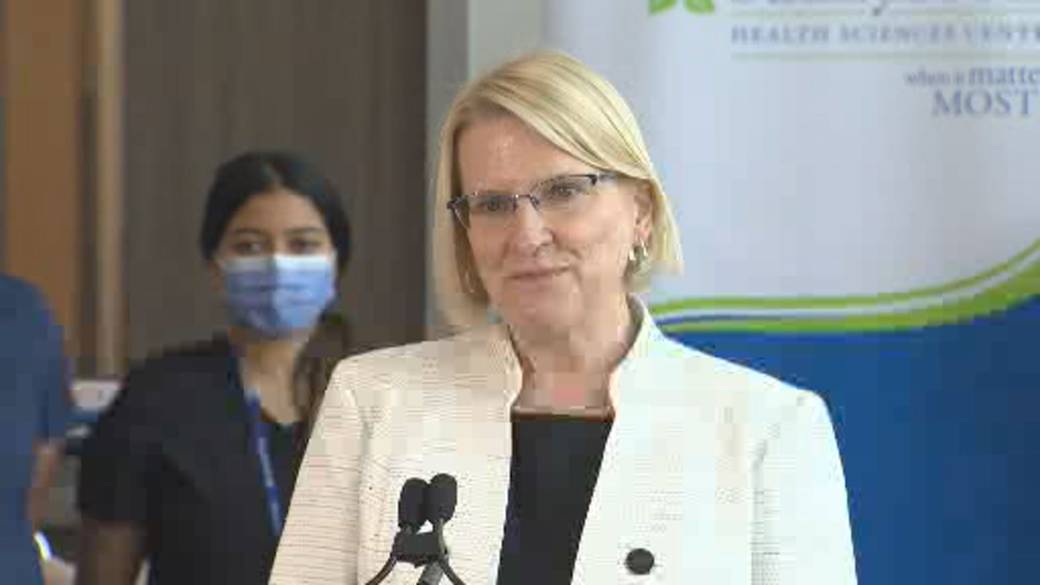 Throughout 2020 and 2021, the federal government provided $4 billion in support towards eliminating backlogs in surgeries and procedures.

“The Government of Canada recognizes that the people who deliver health care to Canadians are exhausted and, as a result, we are seeing staffing shortages in the health care system,” André Gagnon, media advisor for Health Canada and the Public Health Agency of Canada, told Global News in an emailed statement.

“The Government of Canada understands the need to sustainably increase the supply of health care workers and create healthier workplaces to support retention and their mental health,” the statement said.

Meanwhile, a campaign called Fast Track Care — developed by Mobilize Canada — has been launched to bring awareness about the impact of wait times on orthopaedic surgeries and to urge the government to deliver the full $6 billion promised during the election campaign.

‘This is a crisis’: How COVID is amplifying health-care staffing shortages in the North

According to Dr. Guy, prioritizing orthopaedic procedures in Canada has “always been an issue.” Though the pandemic exacerbated the problem, it was there before COVID-19.

“The problem (was) present before the pandemic in an environment where spending related to health care is limited. Procedures relating to cancer or emergency procedures will take precedence over this but the orthopaedic patients who live in pain have always been left behind,” he said.

To fix the problem, Dr. Guy would like to see targeted funding for orthopaedic patients in Canada.

“We’re ready to work with the government to inform the decision making,” he said.

For patients who are currently waitlisted, Dr. Guy urges Canadians to reach out to the country’s elected officials.

“You can communicate to your local provincial or federal representative to let them know what your story is,” he said, noting the FastTrack campaign is one way to do so.

With surgery finally coming up for her son, Lindsay urges the federal government to continue working on Canada’s surgery backlog.

“The problem is only getting worse,” she said. “This needs to be priority one, because this is a problem you can’t just throw money at and forget about. It’s an emergency.”

– With file from the Canadian Press

Liz Truss appeared to ditch Boris Johnson’s approach to the obesity strategy by signalling she will drop plans to ban...

The desire to quickly rebuild after post-tropical storm Fiona is running up against challenges that existed before the hurricane-force winds...

About 9,000 P.E.I. household and businesses without power 12 days after Fiona

Towns have the greatest potential to unlock economic growth. Towns where hard-working local enterprises are delivering consistently for communities and...

US Dollar Faces Support Ahead of High Importance US Data

The Best U.S. Cities for Bicycles