Some energy experts warn a deal to sell Canadian hydrogen to Germany will serve as only a small, far-off and expensive part of the solution to Europe’s energy crisis.

A government official speaking on the condition they not be identified confirmed there will be a hydrogen accord signed that is the culmination of months of talks between the two countries.

Stephenville, a port town an hour south of Corner Brook on Newfoundland’s west shore, is the planned home for a zero-emission energy plant where wind power will be used to produce hydrogen and ammonia for export.

The deal between Canada and Germany is expected to make fuel-hungry Germany the first big customer for a first-of-its-kind project in Canada.

Germany was already looking to hydrogen as an energy solution in its climate plan before Russia invaded Ukraine last February. But since that invasion, as Russia attempts to push back against punishing economic sanctions, it has repeatedly threatened Germany’s energy supply. 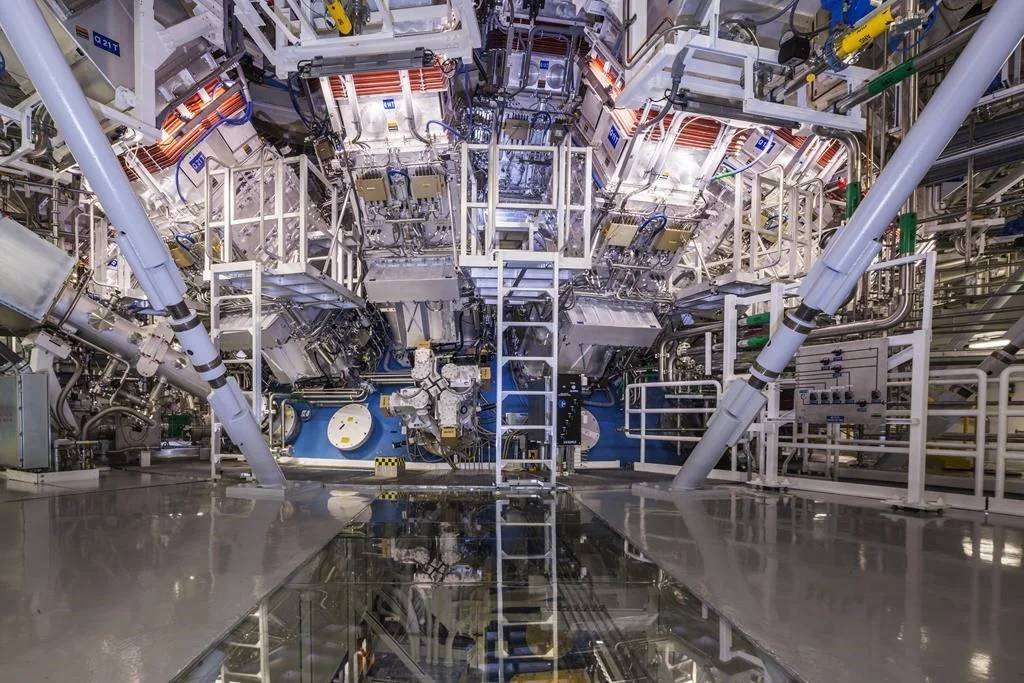 Germany typically gets about half of its natural gas from Russia and is looking for both short and long-term solutions to wean itself from Russian exports.

Proponents say the hydrogen deal comes at a pivotal time for Canada’s green hydrogen industry, which is still in its infancy.

But some experts also say the fledgling product carries a big price tag and won’t be able to help Germany in the near term. Canada doesn’t yet have the infrastructure to produce large quantities of green hydrogen, or export it great distances.

“The key is you need a lot of associated infrastructure to be built before we can do a large scale export of hydrogen into other countries,” said Amit Kumar, the industrial research chair of the Natural Sciences and Engineering Research Council.

In order to be shipped, the hydrogen would likely need to be cooled into a liquid, loaded into a specially adapted pipeline or tanker, and warmed again when it reached its destination.

The process and infrastructure is expensive, and so is production. 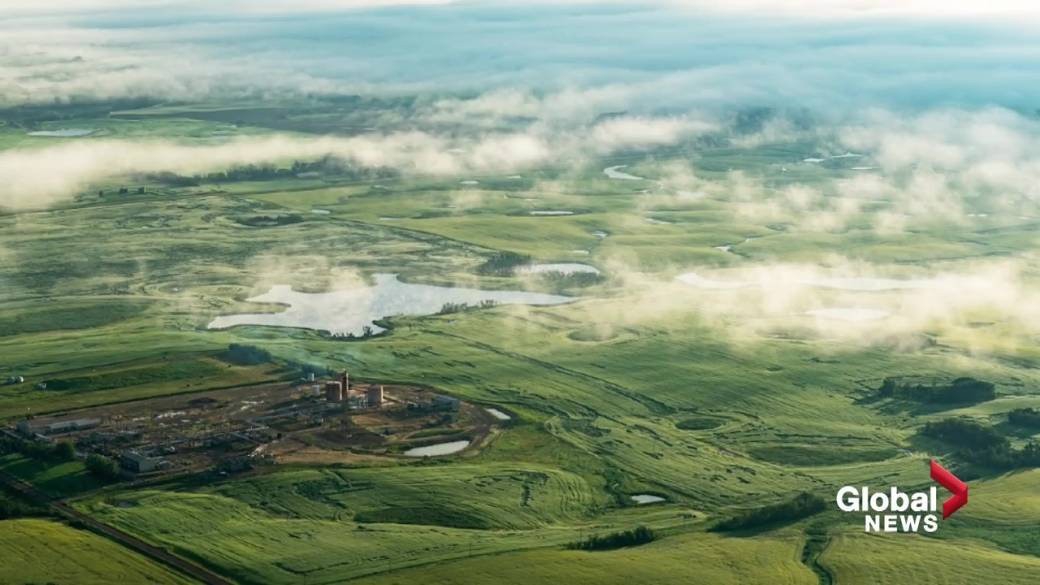 1:54From lithium to hydrogen: How Alberta hopes to power the new energy future

From lithium to hydrogen: How Alberta hopes to power the new energy future – Jan 6, 2022

Most hydrogen production globally comes from converting natural gas to hydrogen and carbon dioxide. If the latter is emitted into the atmosphere, the hydrogen is referred to as “grey.” In Canada, the goal is to capture those emissions with carbon capture and storage, which would make the hydrogen “blue.”

Canada has to date been talking up plans to help Germany with new natural gas projects in Atlantic Canada that could one day be converted to blue hydrogen facilities.

But Germany is looking mainly for “green hydrogen,” which is made through splitting water molecules using renewable energy like wind or solar power. That comes at a much higher price.

“You’re looking at anywhere between three to four fold increase in costs,” said Kumar, a faculty of engineering professor at University of Alberta, who was consulted on the drafting of Alberta’s hydrogen strategy.

He said the technology needs to improve and more investment needs to be made before the cost is even relatively comparable with it’s natural-gas derived alternative.

The company behind the Newfoundland project, World Energy GH2, said the first phase of its Newfoundland project should see up to 164 onshore wind turbines built to power a hydrogen production facility. Long-term plans call for tripling the size of the project.

In its proposal, World Energy GH2 said it is on the cutting edge of a new, green industry.

Construction on the first wind farm is supposed to begin next year. That means hydrogen production is still far off, said Paul Martin, chemical engineer and co-founder of the Hydrogen Science Coalition. 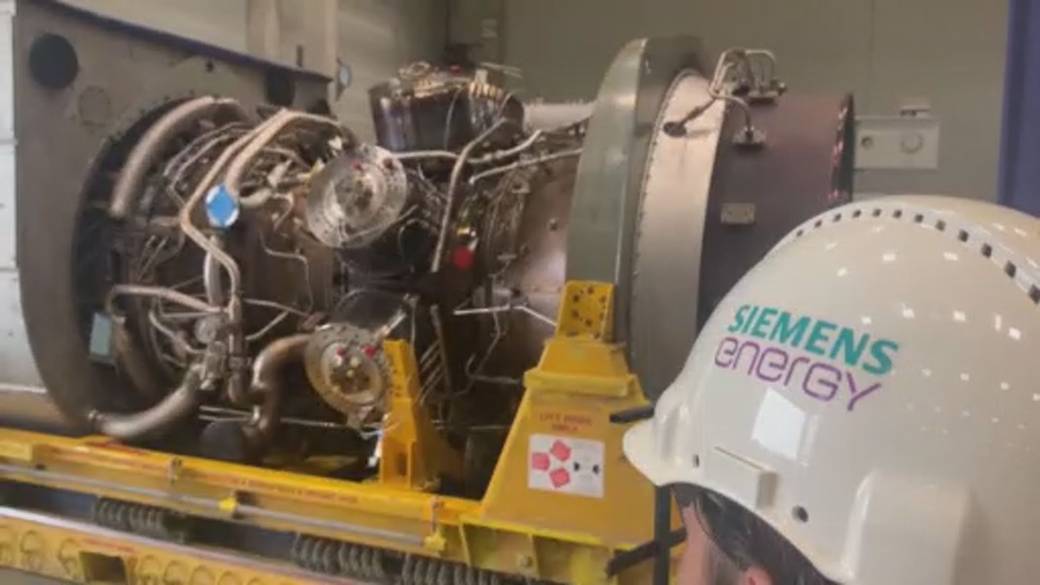 “Honestly looking at it the green hydrogen pitch in Canada for export, it’s disingenuous,” he said.

Germany’s strategy, however, clearly favours green hydrogen while the role of blue hydrogen is uncertain, an analysis by Centre for Strategic and International Studies fellow Isabelle Huber shows.

At the G7 leaders’ summit in the Bavarian Alps in June, Trudeau spoke at length with other world leaders about how Canada could offer alternatives to nations dependent on Russian oil and gas.

At a press conference at the conclusion of the summit, Trudeau suggested infrastructure used to carry liquefied natural gas could be adapted to carry hydrogen, as one example of how Canada could help.

“We’re also looking medium term at expanding some infrastructure,” Trudeau said, “but in a way that hits that medium-term and long-term goal of accelerating transition _ not just off Russian oil and gas _ but off of our own dependence on fossil fuels.”

Canadian hydrogen might be just one piece of Germany’s plan to transition off of German gas in a very difficult situation, said Sara Hastings-Simon, who directs the masters of science in sustainable energy development at the University of Calgary.

“It’s not the be all end all, it’s neither going to fix it completely or be the single answer,” she said in an interview.

— With files from Mia Rabson

WARNING: This story contains distressing details.The mother of an Indigenous boy who was handcuffed at a Vancouver hospital on Thursday says it...

A group of U.S. lawmakers wants the Biden administration to ask the United Arab Emirates to remove the oil company...

Winnipeg advocates are renewing calls for police reform after the death of 29-year-old Tyre Nichols, a Black man who was beaten by...

Oil bulls continue to run into sellers ahead of $83

Oil bulls continue to run into sellers ahead of $83

‘Quite A Serious Danger’ Of Crushing Stock Market