USD/CAD carves a series of higher highs and lows after testing the 200-Day SMA (1.2745), and the exchange rate may stage a larger advance over the coming days if it clears the opening range for August.

USD/CAD appears to be on track to test the monthly high (1.2985) as it retraces the decline the bearish reaction to the US Consumer Price Index (CPI), and the decline from the yearly high (1.3224) may turn out to be a correction in the broader trend with the Federal Reserve on track to implement a restrictive policy.

At the same time, fresh data prints coming out of Canada may keep USD/CAD afloat as the headline reading for inflation is expected to slow to 7.6% from 8.1% per annum in June, and evidence of easing price pressures may drag on the Canadian Dollar as the Bank of Canada (BoC) expects inflation to “come back down later this year, easing to about 3% by the end of next year and returning to the 2% target by the end of 2024.”

As a result, the BoC may implement smaller rate hikes over the coming months after deciding to “front-load the path to higher interest rates” in July, as it remains to be seen if Governor Tiff Macklem and Co. will adjust the forward guidance for monetary policy at the next meeting on September 7 as inflation in Canada seems to have peaked.

Until then, USD/CAD may continue to retrace the decline from the yearly high (1.3224) if it clears the opening range for August, and a further advance in the exchange rate may fuel the recent flip in retail sentiment like the behavior seen earlier this year. 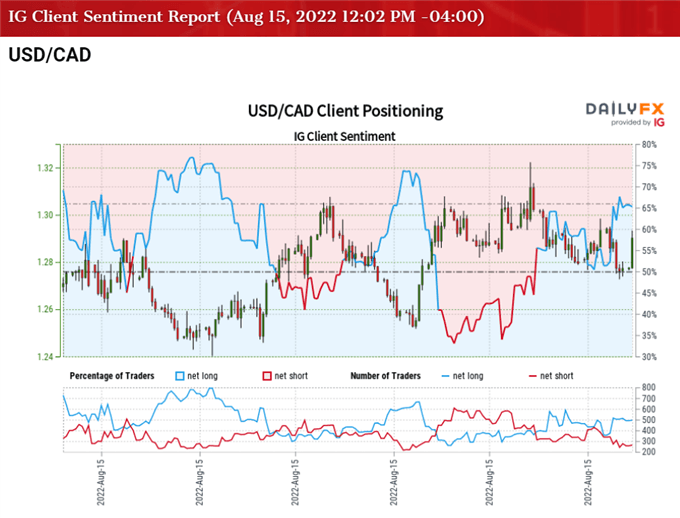 The IG Client Sentiment report shows 43.69% of traders are currently net-long USD/CAD, with the ratio of traders short to long standing at 1.29 to 1.

With that said, USD/CAD may attempt to break out of the opening range for August as it carves a series of higher highs and lows after testing the 200-Day SMA (1.2745), and the decline from the yearly high (1.3224) may turn out to be a correction in the broader trend as the moving average reflects a positive slope. 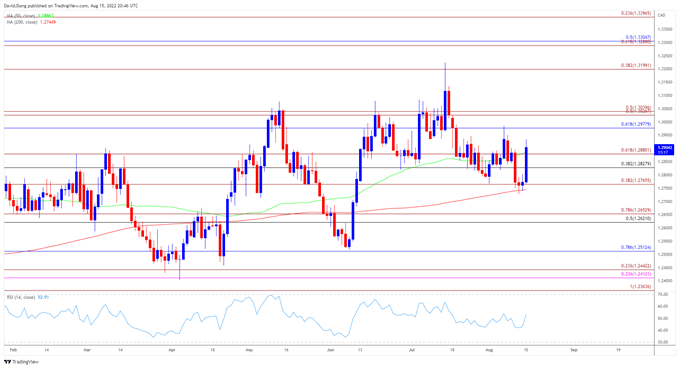 Analysts at MUFG Bank see the USD/ZAR moving to the downside over the next days. They point out the South...

‘Quite A Serious Danger’ Of Crushing Stock Market