Canadian governments must up incentives and increase the amount of charging infrastructure in the country to meet Ottawa’s electric vehicle (EV) goals, industry groups say.

An analysis released Friday by the Canadian Automobile Dealers Association, the Canadian Vehicle Manufacturers’ Association and Global Automakers of Canada shows Canada is not providing consumers with adequate purchase incentives to make the switch to EVs, and is nearly 1.7 million EV chargers short of what is required to power an increasingly electrified vehicle fleet.

“We’re fully committed to electrifying the fleet and … decarbonizing our industry.… This transition is happening, but it’s happening perhaps in some ways faster than the industry thought it was going to happen,” David Adams, president and CEO of the Global Automakers of Canada, said during a news conference on Friday.

“We want to work with the government and we want to work with other industry partners, but we need to make sure these targets are realistic and that ultimately we achieve the real goal, which is reducing carbon emissions from transportation.”

Canadian governments need to see eye to eye on incentives designed for new EV purchases in Canada, the groups say. 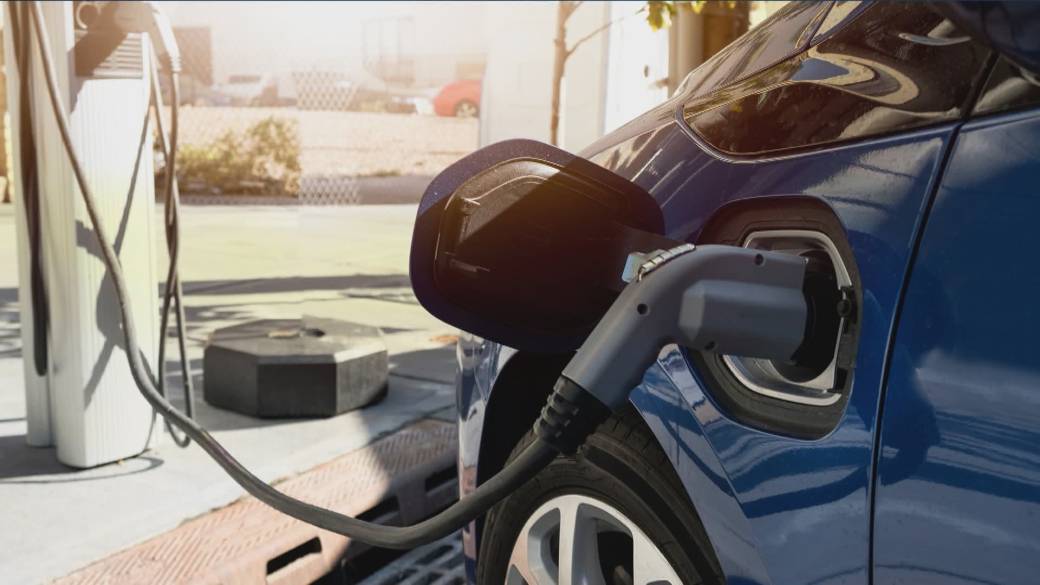 Ontario, which used to offer a rebate until Premier Doug Ford canned it in 2018, provides up to $1,000 incentive towards the purchase of a used EV and up to $1,000 for scrapping an old gas car.

Other jurisdictions in Canada don’t offer incentives for new EVs, which is a problem, said Brian Kingston, president and CEO of the Canadian Vehicle Manufacturers’ Association.

“Canadians are facing an affordability crisis (right now). We have to help them make that switch to electric and accept incentives of the most powerful tool available.”

When conducting the analysis, the group compared Canada’s federal and provincial programs with the United States’ federal new EV incentive and California’s initiative. Those programs combined offer up $12,200 in incentives towards the purchase of a new EV, the groups said.

Kingston suggests provinces put in place their own rebate programs, or if they’re opposed to that, offer a tax credit like the U.S. does with its federal tax credit of up to $7,500.

“The industry is not asking for incentives forever,” Adams said.

“At some point there will be a price parity; given the current environment, that price parity point has been kicked down the road a little bit further just because of the inflationary impact on vehicle prices right now.”

EV charging stations are becoming more commonplace in Canadian public spaces, but there’s still much work to do, said Kingston.

Right now, the groups calculated that Canada has 16,242 public EV charging stations. If 50 per cent of the cars in Canada were fully electric, the country would need 1,676,580 chargers to support them.

“You can double those numbers to get a sense of what we’re going to need over the next decade if we want to be able to power a fully electrified vehicle fleet,” Kingston said.

“That’s putting aside the whole discussion around multi-unit residential buildings and (parking) garages. We’re going to have to help those Canadians as well with the ability to charge at home.” 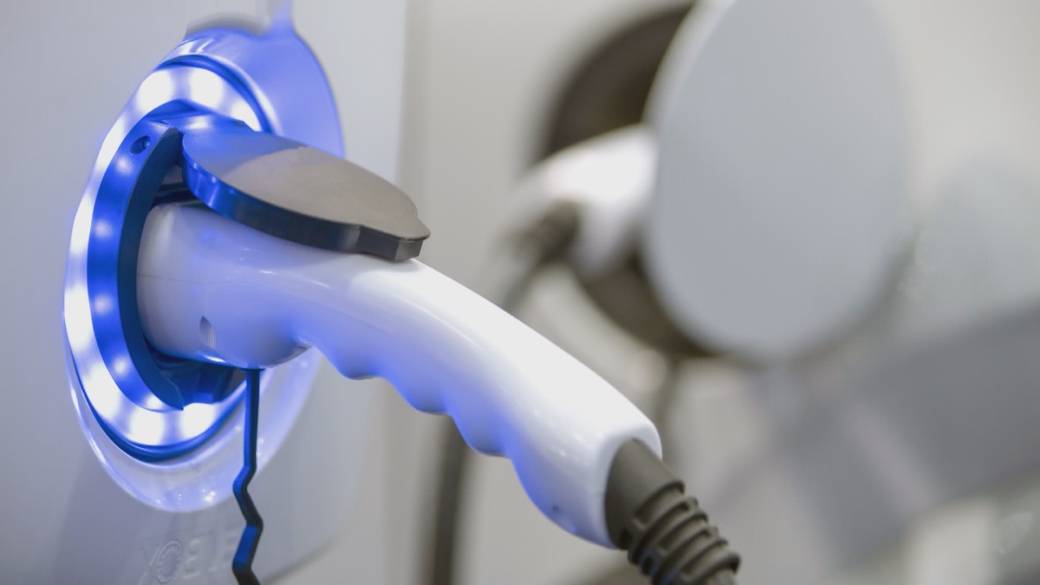 4:35Accelerating the pace of EV adoption

On Thursday, the federal government announced $4 million in funding to help with the installation of 680 EV charging stations in Quebec by March 31, 2024. They will be placed in public places, in multi-unit residential buildings, on streets, at workplaces or at facilities for servicing light-duty vehicle fleets.

“If we need to do more, of course we’re going to do more,” he said, but added Ottawa doesn’t intend to be in the charging station business long-term.

“At the end of the day, the plan is to build it out such that we are getting to the point where it is a business, where you can make money at it.”

Canada’s economy is grappling with high inflation, with the consumer price index reaching 7.7 per cent in May fuelled by soaring gas prices.

That’s the highest it’s been in nearly 40 years, but a survey released this week showed despite increasing costs, interest for EVs in Canada is at its highest level yet. 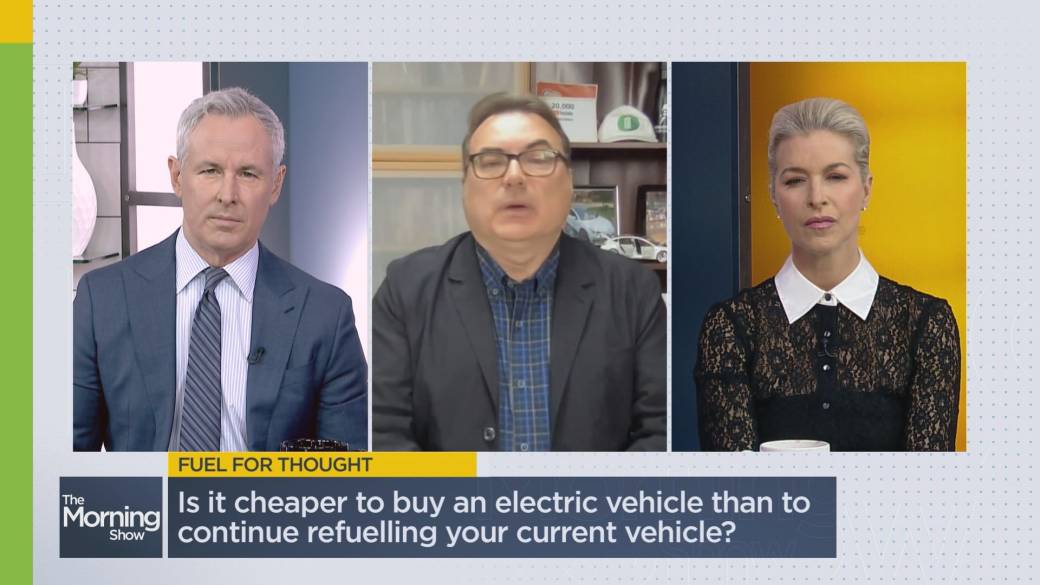 6:26What you need to know about making the switch to electric vehicles

What you need to know about making the switch to electric vehicles – Mar 10, 2022

Despite high inflation and supply-chain issues, it’s not surprising EV interest is high in Canada, especially given that fuel prices are at record levels, said Dimitry Anastakis, a history professor at the Rotman School of Management.

“In the next 10 years, pretty much anybody who’s going to be buying a vehicle is going to face this fundamental question: Do I get an internal combustion engine based on gasoline, or do I get an EV?” he told Global News.

“The future is here when it comes to EVs. You can see it on the road, and it’s really something that is kind of a revolution we’re in the midst of.”

Canada’s EV network will take time to really take shape, he added. So far, Canadians have become familiar with news stories on the industry, including investments in the country’s manufacturing network to build up an EV marketplace.

In March, Honda said it plans to pivot production in its Alliston, Ont., plant to help make hybrid-electric cars.

There are still a lot of questions to be answered around EVs, like how long a life cycle will they have and how the electrical grid will adapt, Anastakis said.

“There’s going to be a lot of bumps in the road, but it’ll be amazing when you look back on it because for most of the 20th century and a big chunk of the 21st, nobody thought that this could really happen in the way that it is happening,” he said.

“And it is happening.”

— with files from The Canadian Press

A munitions depot in Russian-annexed Crimea exploded early Tuesday in the village of Mayskoye, prompting a senior Ukrainian official to...

Charities have condemned the “outrageous” decision to deny some vulnerable Britons the emergency cost of living payment over benefit sanctions.The...

New gateway entrance signs are coming to the Royal City.The City of Guelph is planning to replace the old signs...

After years of being Jennifer for others, I’m embracing my Korean name for me

This First Person column is written by Yeon Soo Ha, an accessibility specialist living in Edmonton. For more information about...

Estonia will remove war monuments dating to the Soviet Union in the eastern city of Narva, the government announced Tuesday....

Retirement Tax Trap? What You Need to Know About Tax Deferral