Fundamental Forecast for the Euro: Neutral

The Euro had a mixed week as the calendar flipped to June, faring better against safe haven currencies and worse against growth-oriented currencies. EUR/JPY rates led the way higher, surging by +2.77%, EUR/CHF rates gained +0.41%, although EUR/USD rates eased by -0.15% following the better than expected May US jobs report. EUR/AUD rates fell by -0.77%, EUR/CAD rates dropped by -1.16%, and EUR/NZD rates edged higher by +0.34%.

The first full week of June sees a busier economic calendar for the Eurozone. Of course, many of the data releases are mere appetizers ahead of the week’s main course, the June European Central Bank rate decision on Thursday.

Here are the key events in the week ahead on the Eurozone economic calendar:

The gap between the ECB and other major central banks’ rate hike odds that defined much of 2022 continues to close. Rates markets continue to price in the first 10-bps rate hike in July, after the ECB announces an end to its asset purchase program at its June meeting this week (when new Staff Economic Projections (SEP) are released).

But thanks to multi-decade highs in inflation pressures across the Eurozone (including in the bloc’s largest economy, Germany), rates markets are now discounting a 50-bps rate hike in December 2022, in what would be the largest single-meeting increase in rates since 2000. 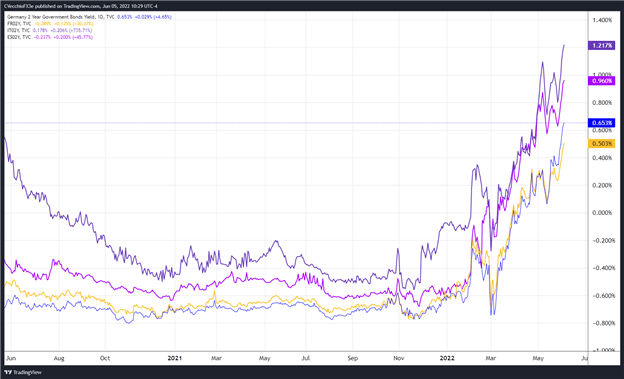 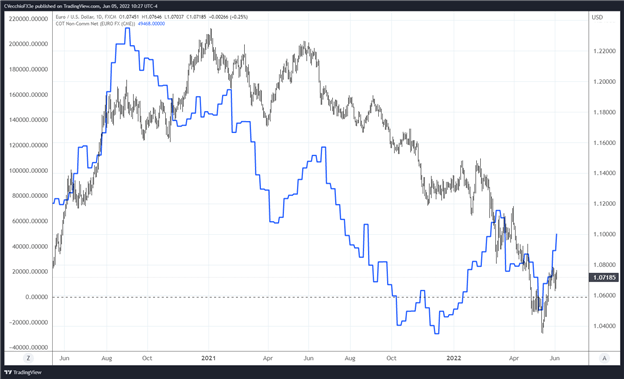 Finally, looking at positioning, according to the CFTC’s COT for the week ended May 31, speculators increased their net-long Euro positions to 49,468 contracts from 36,630 contracts. Euro positioning is now net-long for four consecutive weeks, and positioning is the most net-long since mid-March when EUR/USD rates were trading around 1.1000.

High risk warning: Foreign exchange trading carries a high level of risk that may not be suitable for all investors....

US Dollar climbs as the Federal Reserve preferred gauge for inflation,  with core PCE creeping lower. According to the University...

US equities post another solid day, led by tech stocks

Increasingly likely that it will slow down next week – Rabobank

Next Wednesday, the FOMC will announce its decision on monetary policy. Analysts at Rabobank point out it has become increasingly...