Trudeau faces chants, pounding drums as he walks through crowd at Kamloops memorial

Prime Minister Justin Trudeau received a loud, stern reception Monday during his attendance at a daylong memorial marking one year since the detection of graves believed to hold the remains of hundreds of children at a former Kamloops, B.C. residential school.

Trudeau was followed by a large group of memorial attendees who chanted and pounded drums as he stopped in the stands, talking face-to-face with people and often exchanging hugs with others.

“We have so much more to do,” Trudeau was overheard saying to an elderly woman who he spoke with and hugged.

Others did not appear as friendly, chanting, “Canada is all Indian land,” and “We don’t need your Constitution.”

Trudeau told the crowd he hears their concerns. 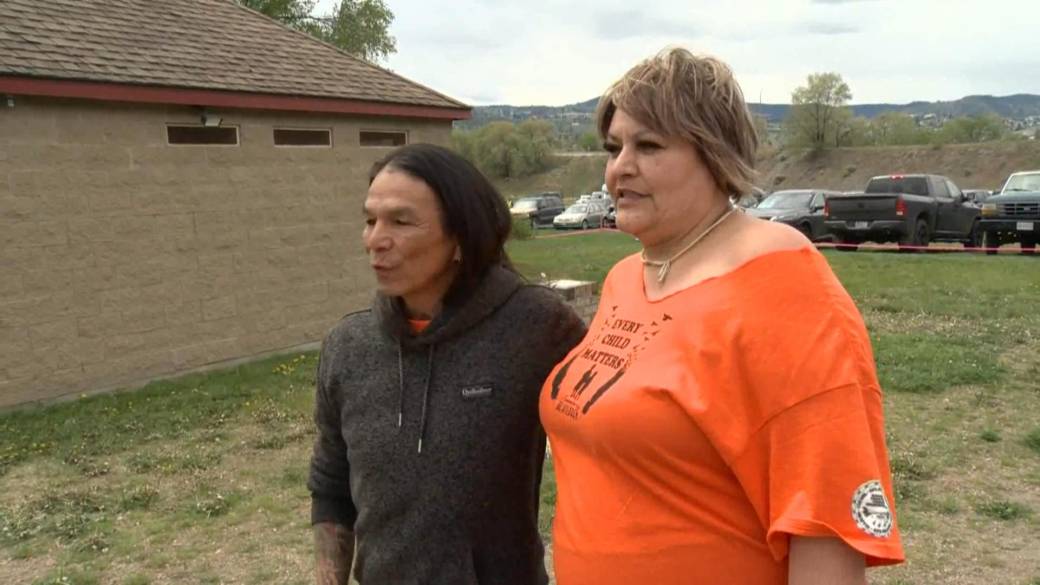 Earlier Monday, Gov. Gen. Mary Simon told the crowd the atrocities, the death, the loss and the silence of residential schools that Indigenous Peoples knew about for so long is now known by all.

One year ago, the Tk’emlups te Secwepemc First Nation announced that the graves were detected using ground-penetrating radar at the site of the former Kamloops Indian Residential School.

They are believed to hold the remains of up to 215 children who died at the school, a finding that led to the discovery of hundreds of other similar sites across the country and triggered a national reckoning on Canada’s past and present relationship with Indigenous peoples.

Simon said while the unmarked graves of children found around residential schools in Canada have been called a discovery, for survivors it’s the confirmation of First Nations experiences and knowledge passed down from generation to generation.

“It shouldn’t have taken that long, but finally people know,” Simon said. “And knowing has transformed this community. People have made pilgrimages here to pay their respects, to say they’re sorry, to show their support.”

Simon, who is the first Indigenous person in Canada to hold the office of Governor General, said many members of the Tk’emlups te Secwepemc haven’t had time to grieve and she hoped that Monday’s event could contribute to their healing process.

Tk’emlups te Secwepemc Chief or Kukpi7 Rosanne Casimir told the crowd at the memorial that she hopes the events over the past year will lead to reconciliation for Indigenous Peoples.

“Non-Indigenous are now wanting to know about the real hidden history of this country. That we know is a good thing. Those conversations, as hard as they are, are going to lead to steps that we all need to make towards our collective history.” 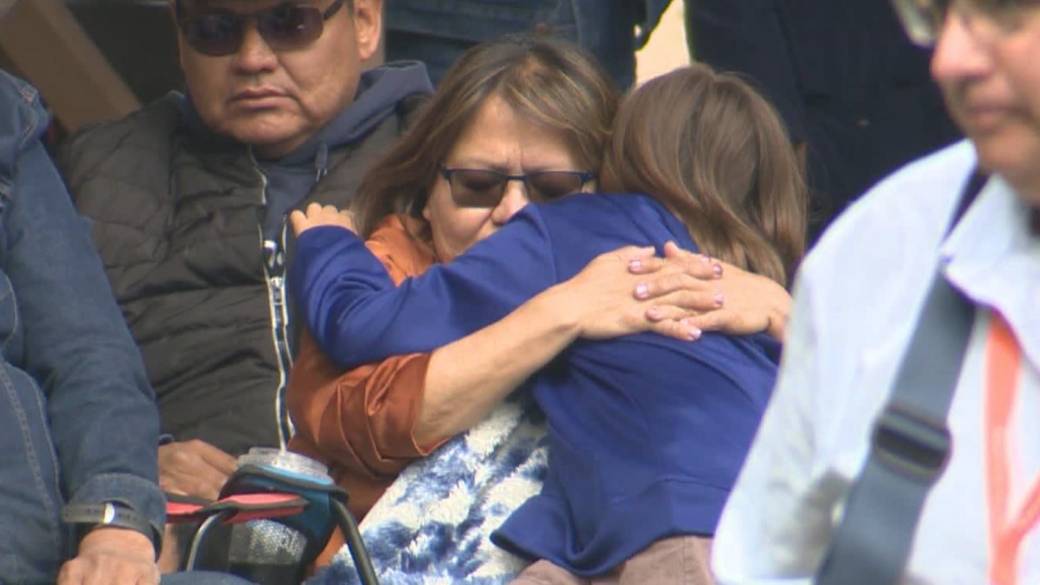 Casimir was part of the delegation to the Vatican where the Pope apologized last month for the role of the Catholic Church in Canada’s residential school system.

While she said she’s disappointed the Pope will not be coming to Kamloops during a scheduled visit in July, she’s pleased he’ll be meeting with other Indigenous Peoples in Canada.

Pope Francis will make stops in Edmonton, Quebec City and Iqaluit during his visit.

Trudeau also viewed a traditional jingle dance performance and participate in a closed meeting with Casimir and members of her council on Monday.

The prime minister also participated in the memorial’s closing ceremonies and spoke to the media after.

He faced widespread criticism last September when he did not attend national reconciliation day ceremonies in Kamloops.

Kamloops school survivor John Jules said Monday’s memorial was an inspiring event. Jules participated in a dance where he circled the pow wow grounds with hundreds of people, young and old.

“It’s uplifting to have all our people together,” he said. “It brings healing for our people.”

NFT​.NYC — How the Web3 space is validating the work of digital artists

NFT​.NYC — How the Web3 space is validating the work of digital artists

XAG/USD rebounds from multi-week low, not out of the woods yet