In today’s Mint, we’re taking a quick look at some of the latest television show IP to hit the ‘minting block,’ Meta (formerly Facebook) and their new outrageous announcement that has Crypto Twitter up in arms, a new survey from an entertainment agency research desk that perhaps can help us keep everything in perspective.

Time to get fresh with your daily dose of The Nightly Mint – let’s review.

Television channel AMC secured a deal with NFT marketplace Orange Comet earlier in the year, and the two are gearing up to mint their next NFT collection tomorrow with IP from the hit series, “The Walking Dead”. The drop hits the Orange Comet marketplace Thursday 14 April at 7PM UTC. 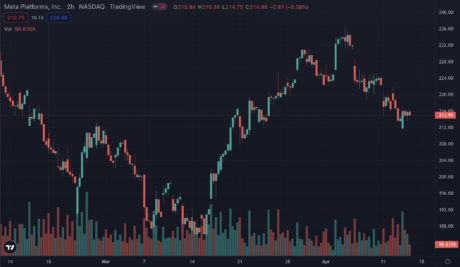 According to a report today from Fast Company, new survey data from entertainment agency UTA shows that “6% of respondents currently own an NFT but 38% want to own one in the future,” and that “69% of people don’t know how to purchase NFTs or what to do once they own one.” The survey was a small sample size, just 1,500 respondents, but still provides a high-level insight around where we’re at in the big picture. One would venture to guess that we’re still a bit early.

Far from being minty fresh is Meta’s take on NFT fees. The company announced that it’s VR platform Horizon Worlds would be taking a 47.5% cut on NFT sales. Crypto Twitter chaos ensued.

Meta has entered the arena pic.twitter.com/xVj00AiM3m

Related Reading | Ethereum At $3,028, Where Is The Next Critical Support Level For ETH?

The online marketplace giant, Ebay, is seeking to fill several positions in the area of Web3 and non-fungible token (NFT)...

Amid the controversy surrounding the Ordinals project and the debate over what types of data should be stored on the...

Sorare, a Paris-based NFT (non-fungible token) fantasy game startup, has closed a deal with the Premier League, the first soccer...