Matthew Tkachuk scored three goals to set a career high in a season with 37, and the Calgary Flames came back for a 5-3 win over the Seattle Kraken on Tuesday.

Noah Hanifin, with a goal and an assist, and Andrew Mangiapane also scored for Calgary (45-19-9), which scored four unanswered goals in the third period to earn their fifth win in a row.

Johnny Gaudreau had two assists and set a career high with 101 points.

Ryan Donato, with his career-high 15th goal, Victor Rask and Adam Larsson scored for Seattle (23-44-6), which was swept in the four-game season series.

The Kraken return home after Wednesday’s game in Winnipeg was postponed due to a winter storm. Seattle returns to action on Saturday when they play host to the New Jersey Devils.

Dan Vladar (11-5-1) started the third period in goal and stopped all seven shots he faced in relief of Jacob Markstrom to pick up the win. His best stop was a blocker save on Karson Kuhlman on a shorthanded breakaway that would have made it 4-2.

Down 3-1 after two periods, the Flames scored twice in the opening six minutes of the third to pull even.

On a four-on-three power play, Tkachuk’s attempted pass across the top of the crease hit Larsson and came right back and he swatted in his second goal of the night.

Gaudreau hit the 100-point mark for the first time in his career with the primary assist. His career-best had been 99 points in 2018-19.

He’s the seventh player in franchise history to get 100 points and first since Theoren Fleury in 1992-93.

Tkachuk turned to Gaudreau and gave him a big hug after the milestone point as the Saddledome crowd roared. His parents Guy and Jane, who just arrived in Calgary for the first time since before the pandemic, hugged and celebrated with family members in the crowd.

Hanifin who ripped a slapshot into the top corner on a power play at 14:10 of the third for the game-winner. He has seven points (one goal, six assists) in the last three games.

Tkachuk capped off his night with an empty-net goal in the final minute.

Tied 1-1 after 20 minutes, the Kraken scored the only two goals of the second period to surge in front 3-1.

Seattle took its second lead of the night when Rask one-timed a setup from Kole Lind from in front.

The Kraken took a two-goal lead late in the period when Larsson’s low shot squeaked through Markstrom’s pads.

Seattle opened the scoring at 14:13 of the first period on a perfect set up from rookie Matty Beniers, making his NHL debut.

Beniers got the puck at the sideboards and zipped a pass across the slot that was one-timed past Markstrom by Donato.

Calgary tied it less than three minutes later when Noah Hanifin’s point shot was deflected out of mid-air by Tkachuk. 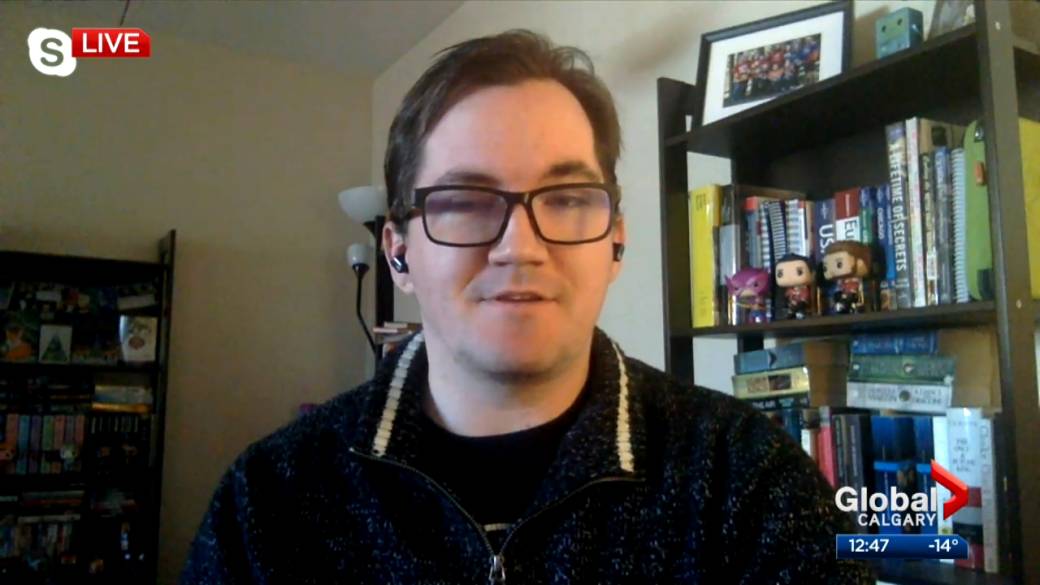 Beniers a Hobey Baker finalist and second-overall pick in the 2021 NHL draft, signed with Seattle on Monday, shortly after Michigan lost to Denver on Thursday in the semifinal of the NCAA Frozen Four.

The 19-year-old’s’ night began with the customary rookie solo lap before the rest of the Kraken took the ice for warm-up. He then spent the night centring the club’s top line with Donato and Jordan Eberle.